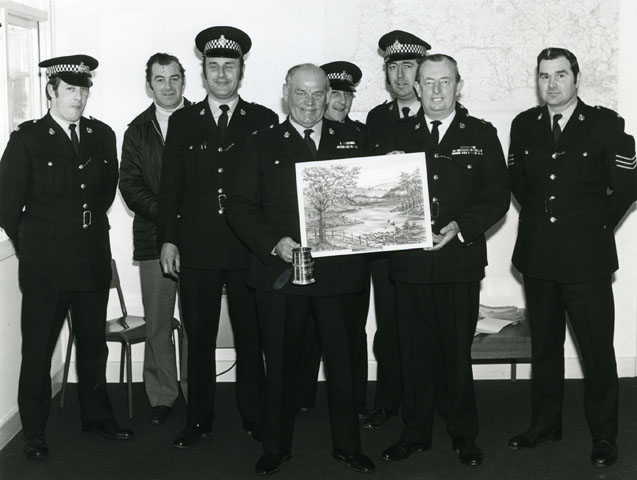 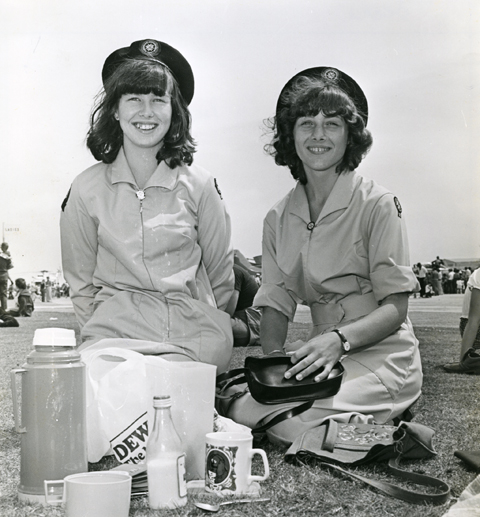 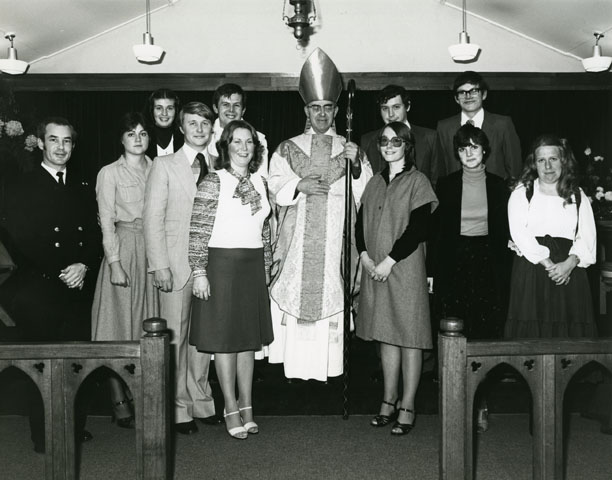 Confirmation of Church of England Church at RNAS Culdrose, Helston, 1979

The Bishop of Truro, the Right Reverend Graham Leonard, at RNAS Culdrose, Helston, for confirmation of the station's Church of England church, dated 24th October 1979. Also in the photograph is PS Chris Mount, Wrens: Dawn Aston and Gill Goodwin, Lt Paul Bramham, the Reverend Jeremy Ames, Mrs Karen Bramham, Mrs Sue Toder, LEM David Toder, Steward Brian Pease, Mrs Julie Simmonds and Mrs Cynthia Cooper who are seen with the Bishop after the service. During his visit the Bishop also hallowed a new patchwork alter frontal constructed from pieces of brocade, the work of members of Culdrose families. This photograph was published on page 14 of the Helston Packet on 2nd November 1979. 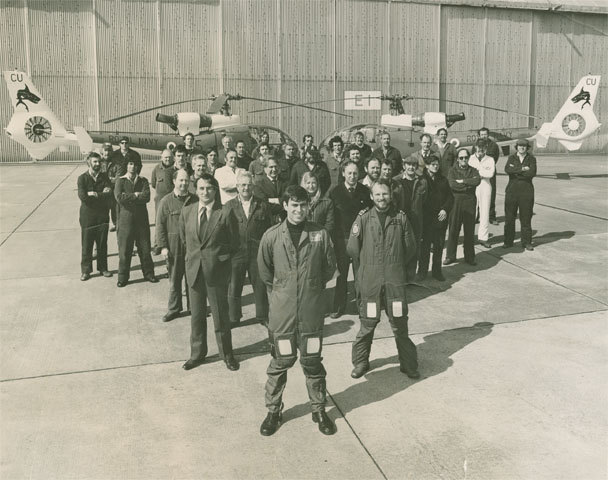 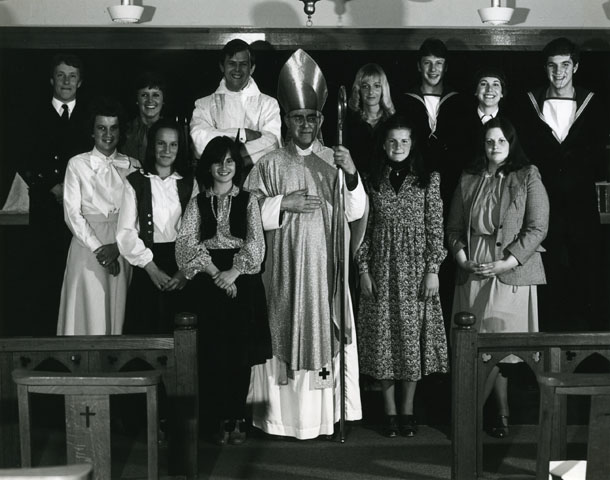 Bishop of Truro Visiting the Church at RNAS Culdrose, Helston, 1979

The Bishop of Truro visiting the church at RNAS Culdrose, Helston, on 11th June 1979. The Bishop is standing with a group of people in the church, four of whom are wearing their naval uniform. The photograph was published in the Helston Packet later that year. 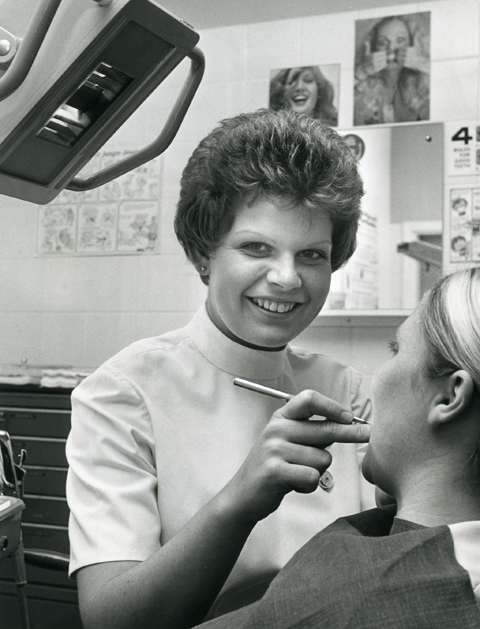 A dentist at work on a patient at RNAS Culdrose, Helston, on 4th June 1976. This press photograph was published in the Helston Packet later that year. 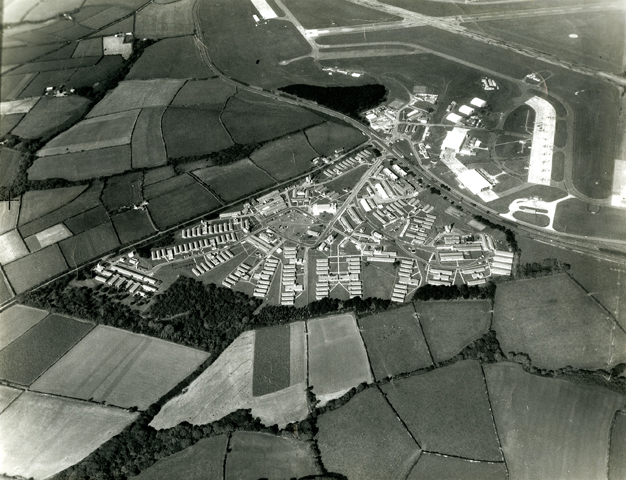 Aerial photograph of the barrack area of RNAS Culdrose, Helston, about 1971. 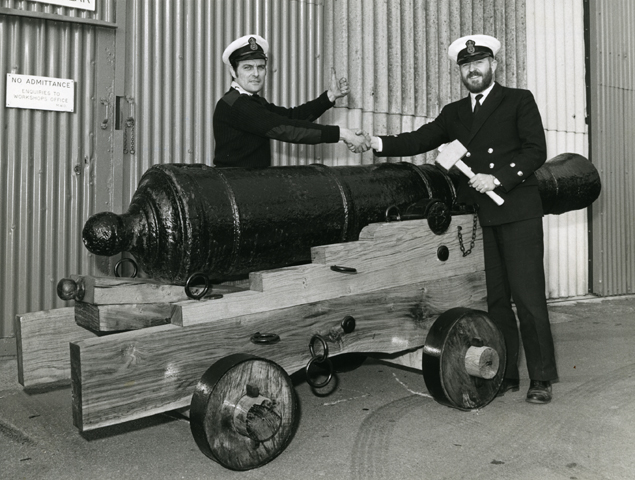