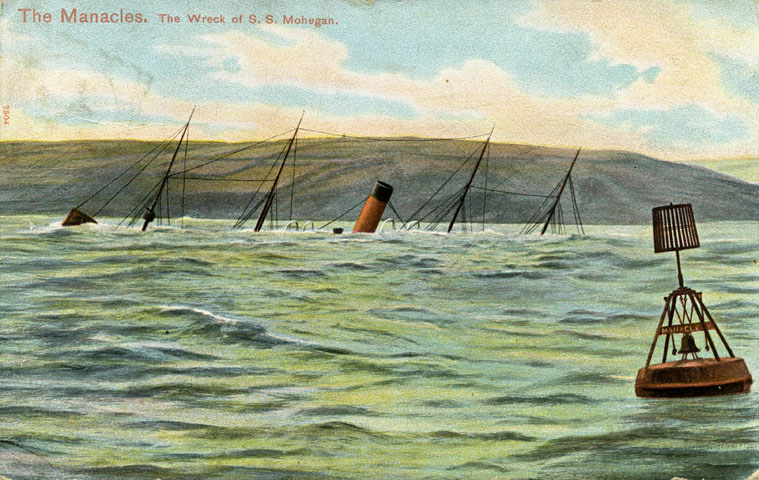 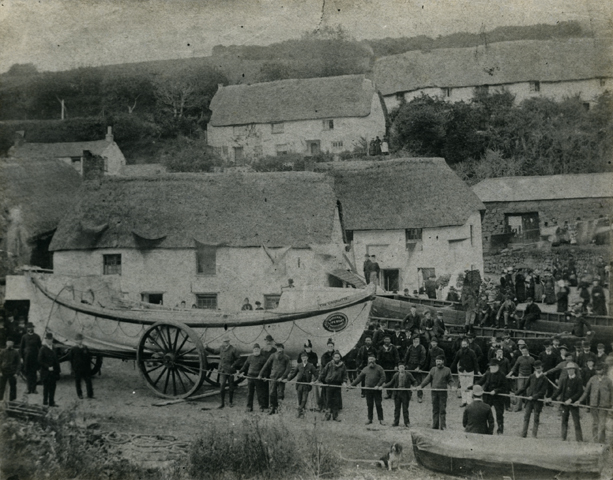 The Porthoustock lifeboat "The Charlotte", 1886-1900. Built in 1886 by Forrestt of Limehouse for the sum of £374, the lifeboat was donated by Miss A F Howis, London. It performed seven services, and saved 79 lives. The Charlotte is shown in front of local cottages, with the crew holding its ropes (it is on a trailer), and many villagers watching. 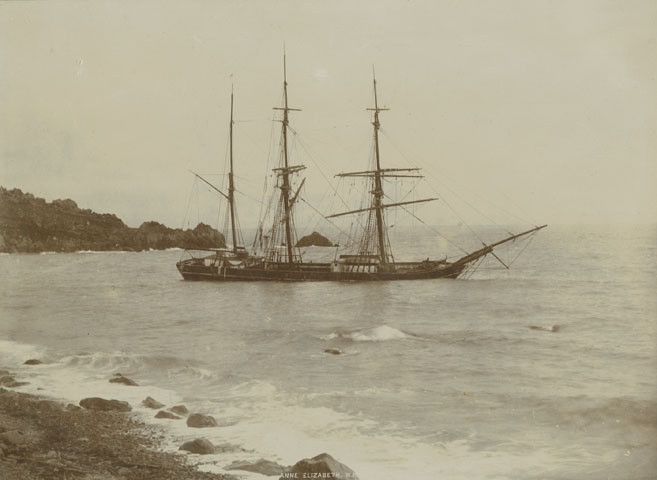 Wreck of the Anne Elizabeth on The Manacles, 1895

The 398 tons, three masted, Norwegian barque Anne Elizabeth which struck the Manacles, near Porthoustock, on 26th November 1895. The Anne Elizabeth was bound from Cardiff to Christiania (now Oslo) carrying a cargo of 531 tons of coal and a crew of 8. Five crew members were lost. Photograph by W M Harrison. 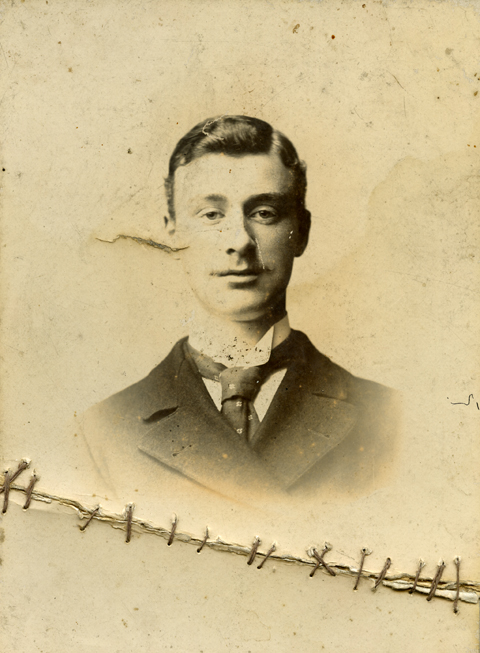 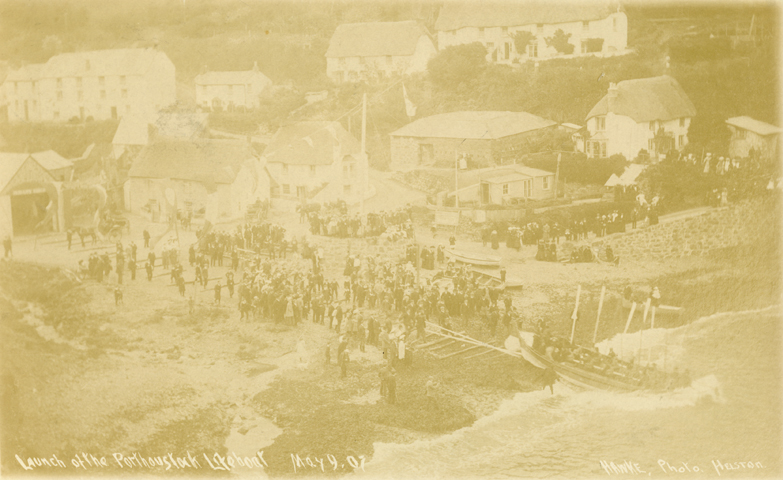 Photographic postcard of the launching of the lifeboat at Porthoustock on 9th May 1907. Photograph by Alfred Herbert Hawke of Helston. 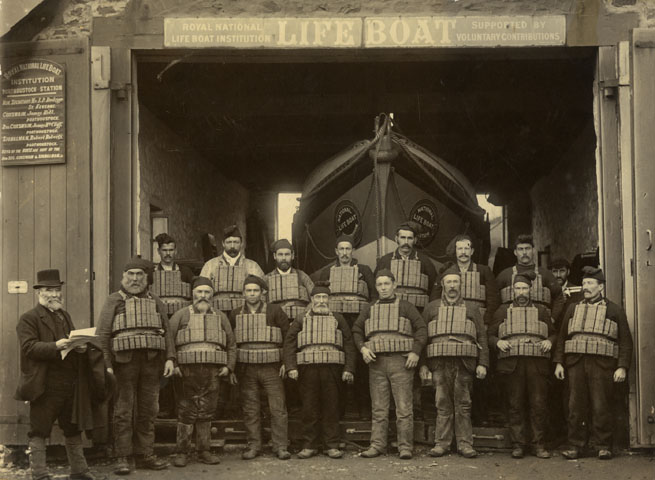 The Crew of Porthoustock Lifeboat, The Charlotte, 1898