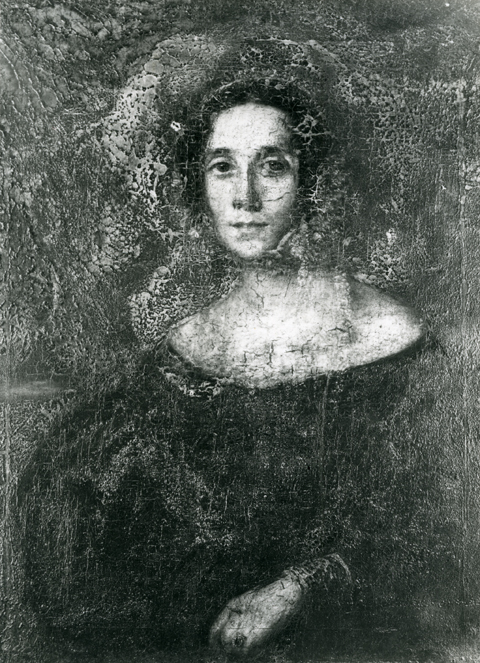 Photograph of a painting by J Wilson of Reverend Dr John Stevenson's wife, 1837. The Reverend was the first perpetual Curate of Cury with Gunwalloe Church, 1838-1846. 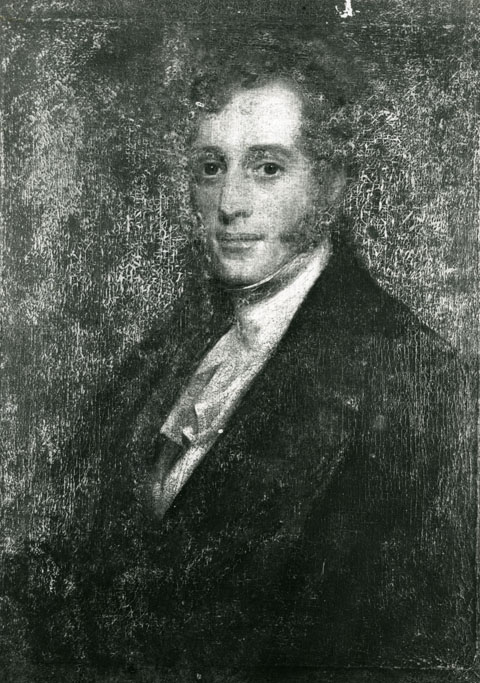 Photograph of a painting by J Wilson of Reverend Dr John Stephenson, 1837. The Reverend was the first perpetual Curate of Cury with Gunwalloe Church, 1838-1846. 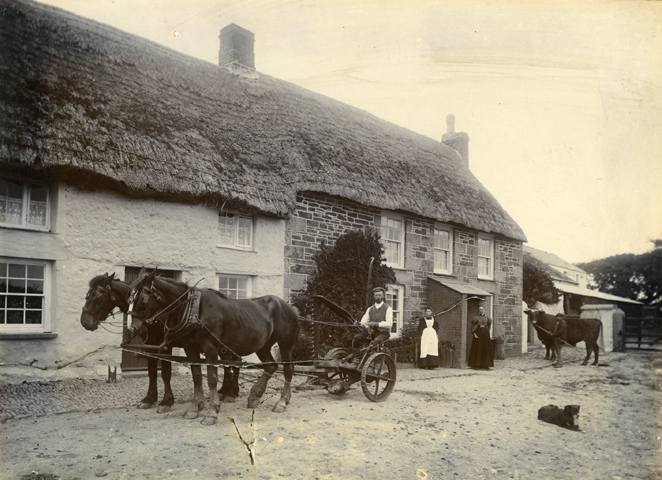 Reaping machine with two horses and a man wearing a cap in front of two thatched cottages at Treloskan Farm, Cury, in the 1890s. In addition there are two women at the doorway, a man with a tethered cow and a dog in the scene. Photographed by S & J Govier of Newtown, St Martin, Helston and presented by Mrs Rodda of Treloskan Farm. 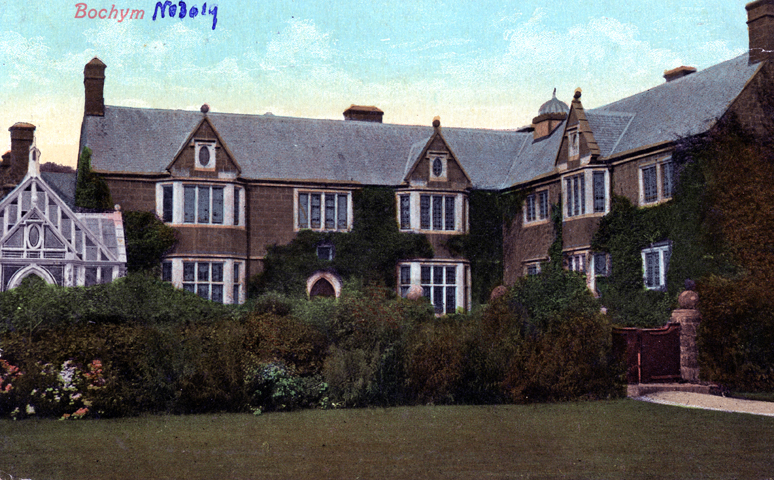 An Argall's Series postcard showing the view of Bochym Manor in Cury parish. The manor house, owned by the Davey family, was built around the late medieval period. It was extended in mid-late 17th century and partly remodelled or rebuilt in 1851. 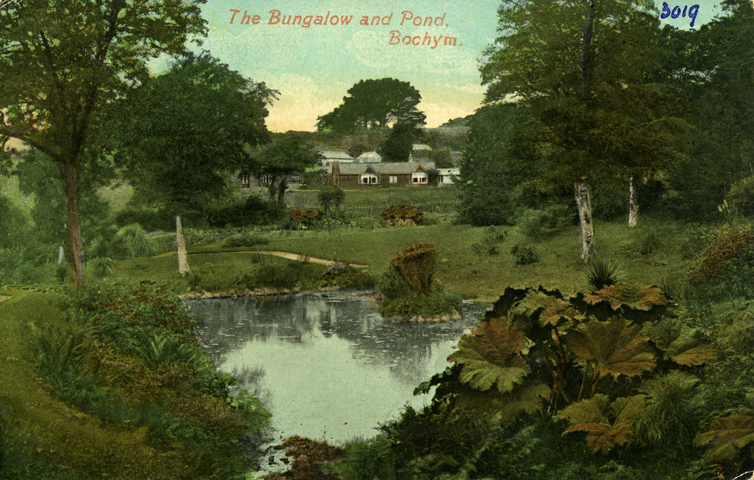 An Argall's Series postcard showing a view of the bungalow and pond at Bochym Manor, Cury, about 1930. 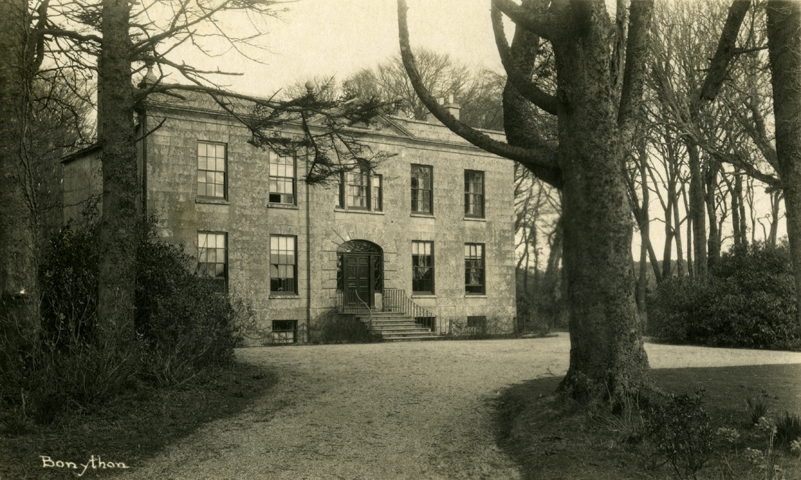 Photographic postcard of Bonython Manor, Cury, about 1930. The Georgian mansion house is thought to have been built by John Trevenen, a wealthy banker and mine owner from Helston, in 1780. Photograph by A H Hawke of Helston. 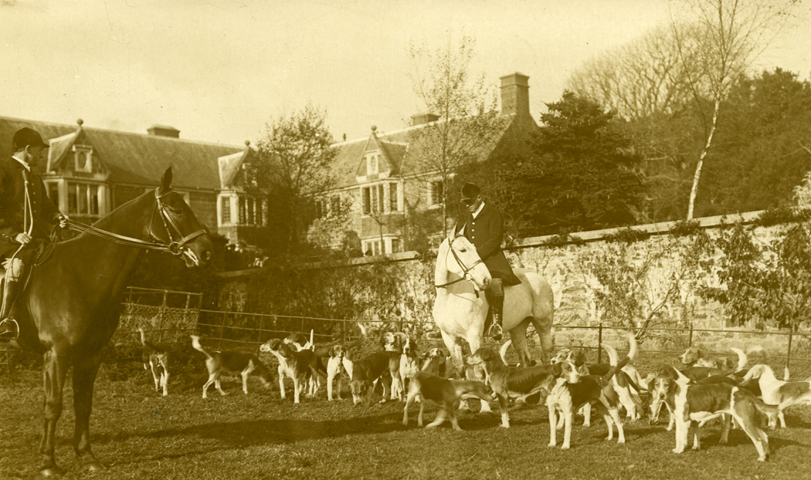 Photographic postcard of the hunt meet at Bochym Manor, Cury, about 1930 to 1950. Photograph by A H Hawke of Helston. 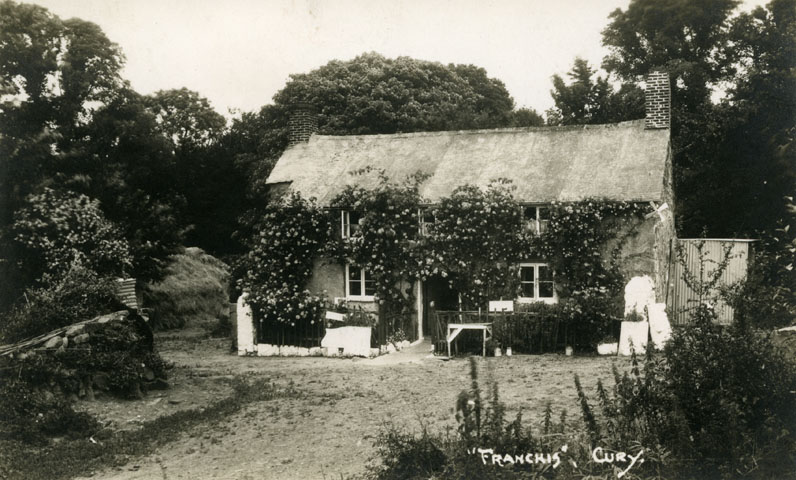 Photographic postcard of "Franchis" farmhouse in Cury. The photograph was taken around the 1930s by A H Hawke of Helston. 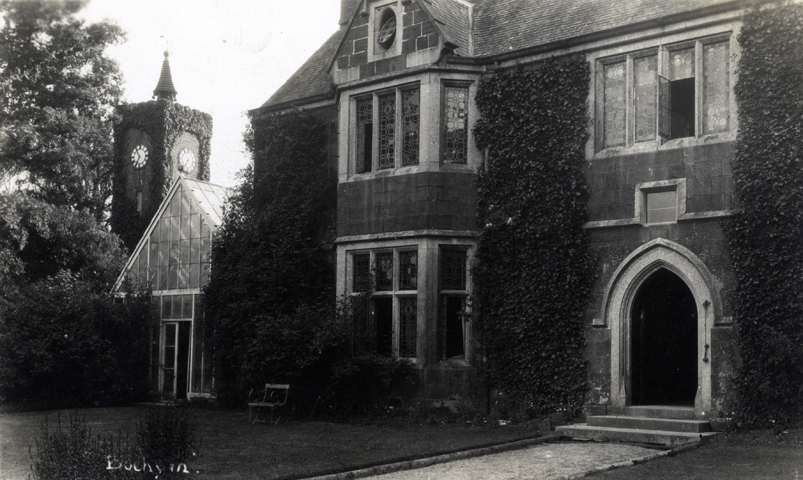 Photographic postcard of Bochym Manor by A H Hawke of Helston. The photograph shows part of Bochym Manor house, greenhouse and clock tower, and dates from around 1930-1950. 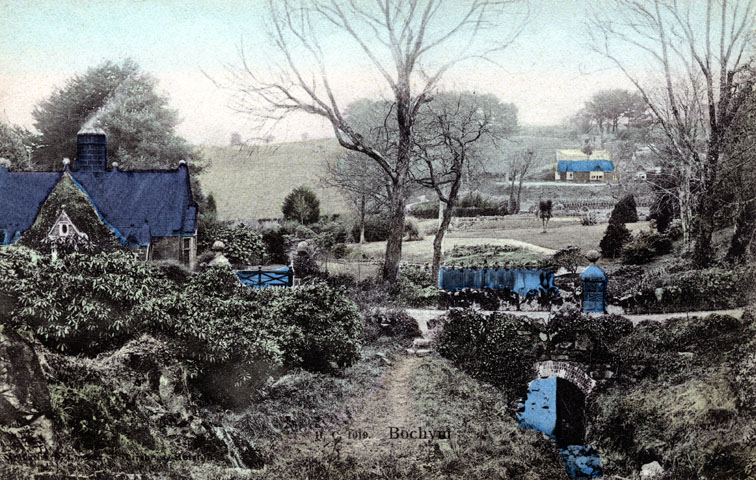 A colour tinted postcard view of the lodge house and one other situated at Bochym Manor, Cury, 1900-1930. 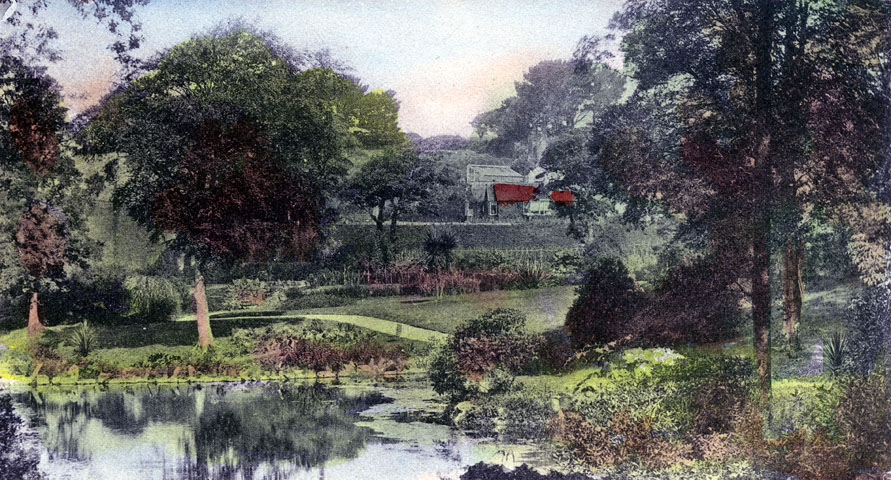 Bungalow and Pond at Bochym Manor, Cury, about 1904

A coloured postcard printed by Eddy & Son, Helston, of the bungalow and pond at Bochym Manor, Cury. Printed in gold on the bottom of the postcard: 'With Compliments of the season from Joseph C. Thomas'. The card is postmarked 25th December 1904. 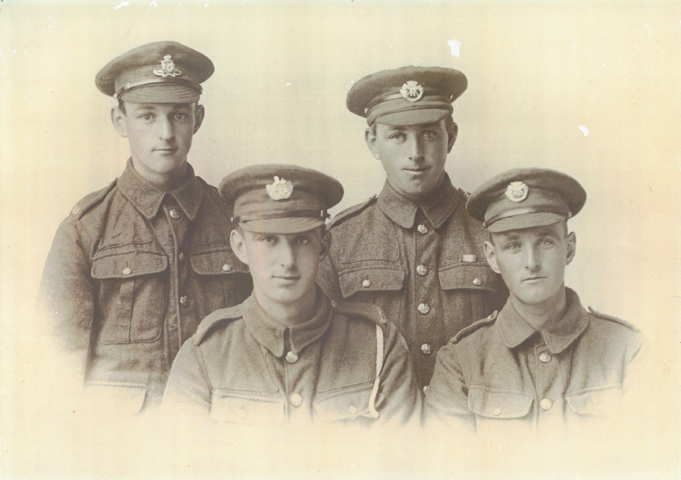 The Trerise brothers from Cury, during World War One, 1916-1918. The four brothers, born at Towan House, Cury, all served and returned safely after the 1914-1918 War. They are pictured in uniform and were sons of Richard John and Elizabeth Mary Trerise. Back row left: Harold, back row right: Richard Thomas, front row left: John Henry (Jack), front row right: William James (Willie). After the War, Harold emigrated to the USA to begin a new life working for the Ford Motor Company, Richard Thomas worked on several local farms and Willie was a professional golfer at Mullion Golf Course for 40 years. 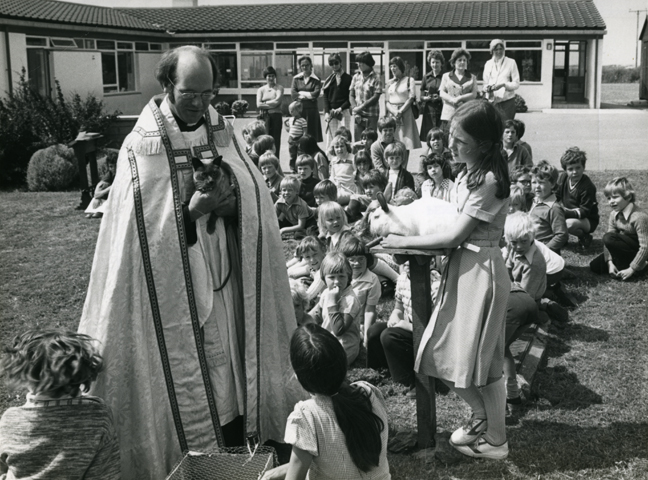 An animal blessing at Cury Primary School by Reverend Paul Foot of Cury Church in June 1978. The Reverend can be seen holding a cat and Samantha Reed is having her rabbit blessed. This press photograph was taken by Denis Jory and published in the Helston Packet on 23rd June 1978.