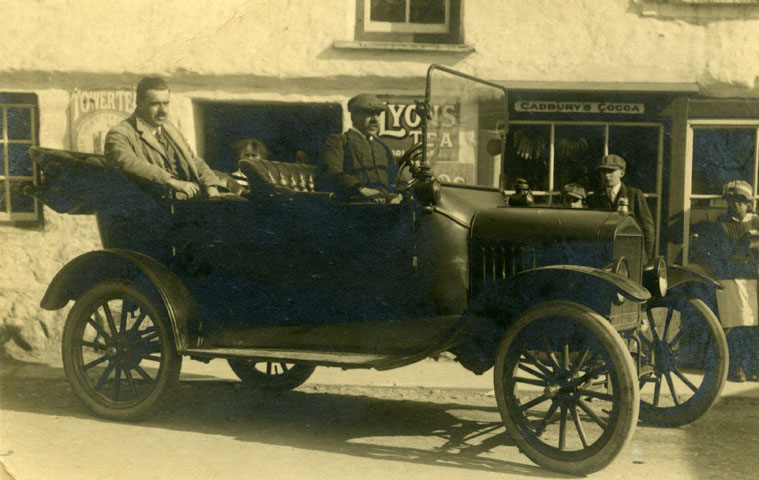 A photographic postcard showing Mr Choak, the driver, and a Mr W Charles seated in the back of a model T Ford motor car in Church Street, Helston, dated about 1910. 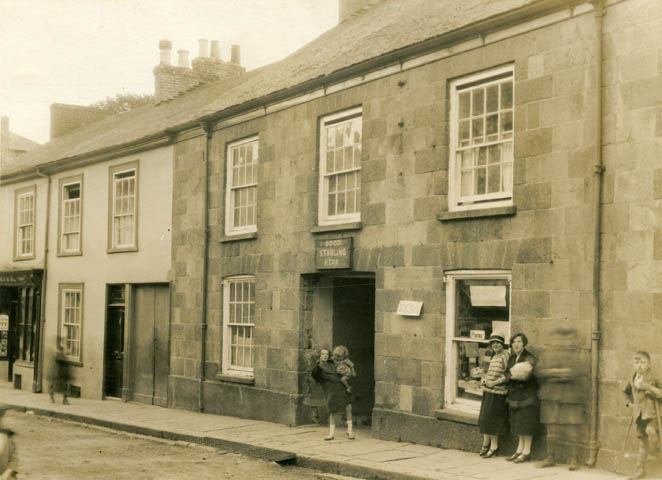 Former Premises of the Six Bells Inn, Helston, about 1920

The former premises of the Six Bells Inn in Church Street, Helston, about 1920. Although "Good Stabling Here" is advertised at the entrance, it appears to be a small shop, advertising pasties and teas. Two women and three children are shown outside. Photograph by A H Hawke of Helston. 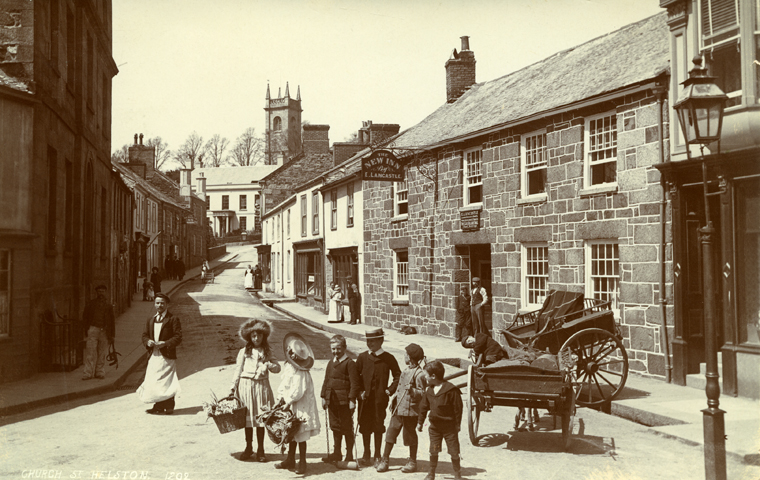 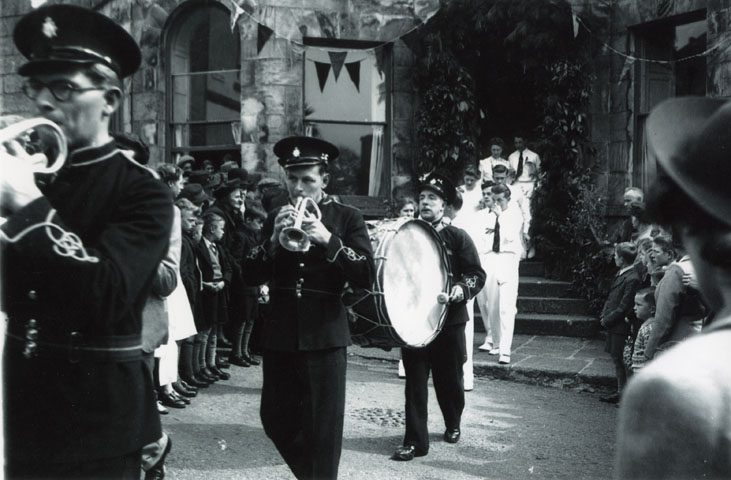 Helston Town Band leading one of the senior schools in the Flora Day children's dance from The Willows in Church Street, Helston, about 1950. Three members of the band can be clearly seen, including the drummer. The first two leading sets of the children are descending the steps. 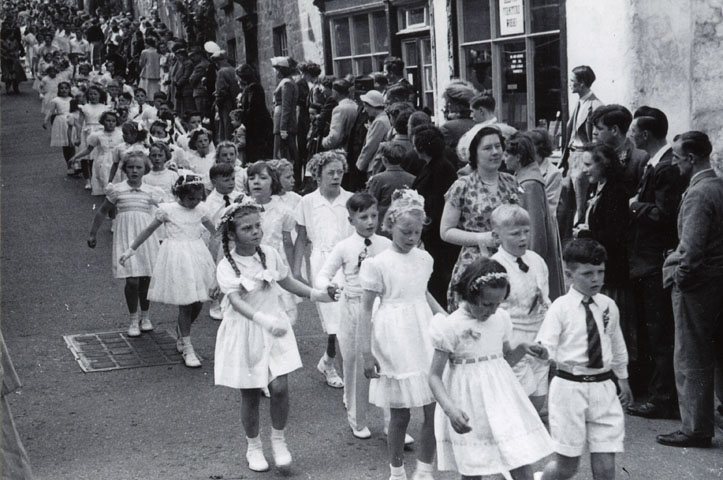 Children from St Michael's school in the Children's Dance on Helston Flora Day. The photograph was taken at the bottom of Church Street and is thought to date from the 1950s or early 1960s. Miss Corry (later Mrs Spencer Johns) is the teacher accompanying the children. 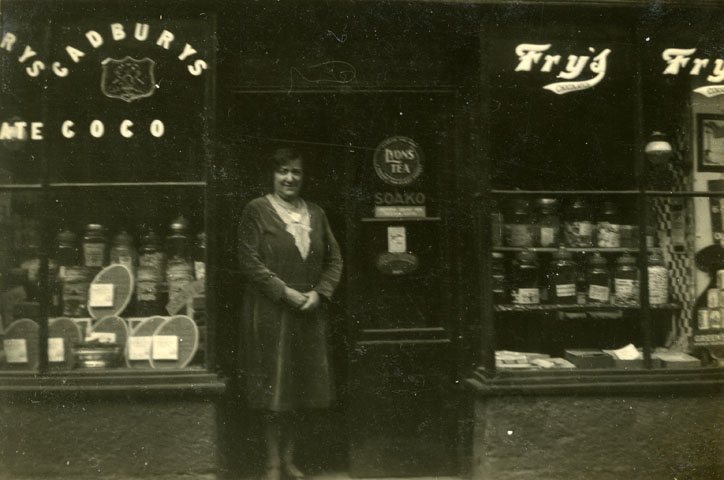 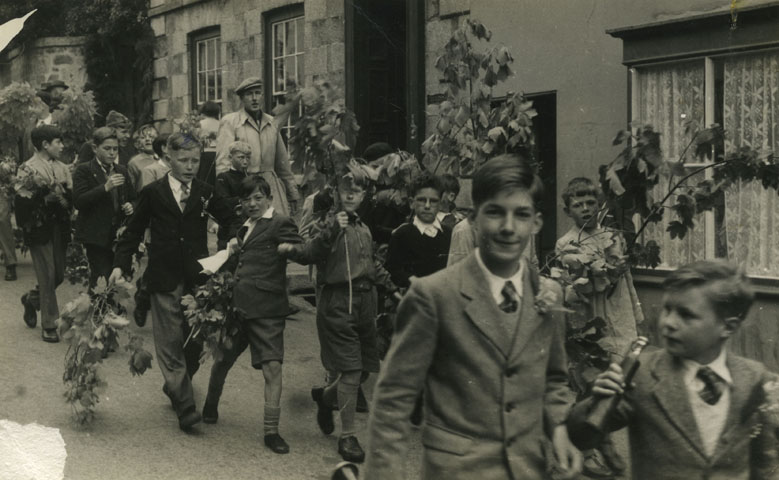