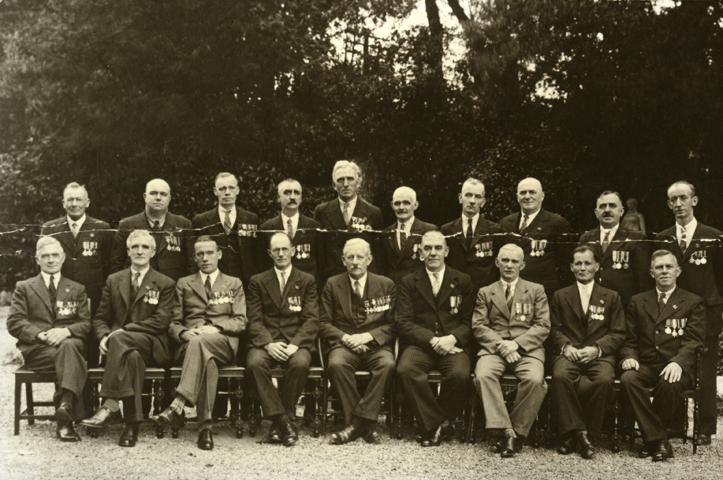 Camborne Branch of the Old Contemptibles Association, about 1935. Back row left to right: B C Viner, J Elliott, H Clatworthy, W E James, J Buckingham, J A Lawrence, T Jago, T James, E Fletcher, F Negus. Front row left to right: J Mitchell, F W Jarman, J B Gilbert, L R Pentecost, W Blackwood, W Trimm, F Head, G Wallace, F J Henwood. The name 'Old Contemptibles' arose from an Order of the Day allegedly issued on 19 August 1914 by the Kaiser, Emperor Wilhelm II of Germany, with instructions to "exterminate ... the treacherous English and walk over General French's contemptible little army". All ranks of the British Expeditionary Force who served in France and Flanders within range of the enemy artillery between 5th August and 22nd November 1914 were entitled to call themselves 'Old Contemptibles'. The Old Contemptibles Association was founded by Capt JP Danny, RA on June 25th 1925. The Association had 178 branches in the UK and 14 overseas branches. Jim B Gilbert owned a newsagents in Meneage Street, Helston and during his time as a stretcher bearer in World War One, the idea of forming an ambulance division in his home town of Helston came to him. On his return from the War he worked tirelessly to win public support and guarantors until the Helston & District Division of the St John Ambulance Brigade was formed. Mr Gilbert became, by unanimous consent, the first Superintendent of the organisation. 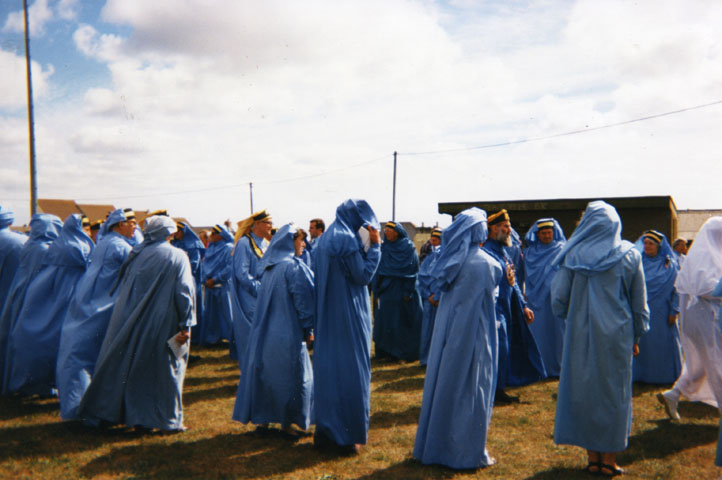 Cornish Gorsedh procession, thought to be in 1994 at Camborne. The person in dark blue robes to the right is Jori Ansell who was the current Grand Bard at the time. Richard Jenkin, Past Grand Bard, is following left of centre with yellow and black around his shoulders. The Gorsedh Kernow ceremony is held in September each year when new bards are admitted. It is performed at different venues througout Cornwall every year.