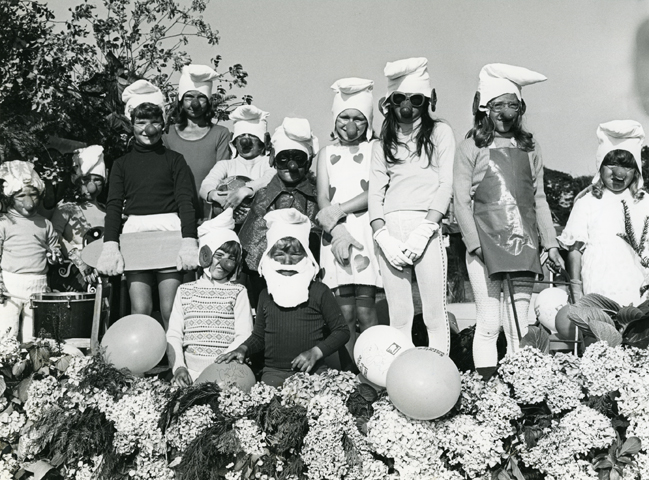 St John Ambulance nursing cadets dressed as "The St John Smurfs" for the Harvest Fair Carnival in Helston, September 1978. The float won third prize at the carnival. "Service with a smurf" balloons from the National chain of petrol stations can be seen decorating the float. The smurfs were hugely popular in the United Kingdom during the 1970s and 1980s because smurf figures were given away by National stations when fuel was purchased. This press photograph was published on page 20 of the Helston Packet on 8th September 1978.