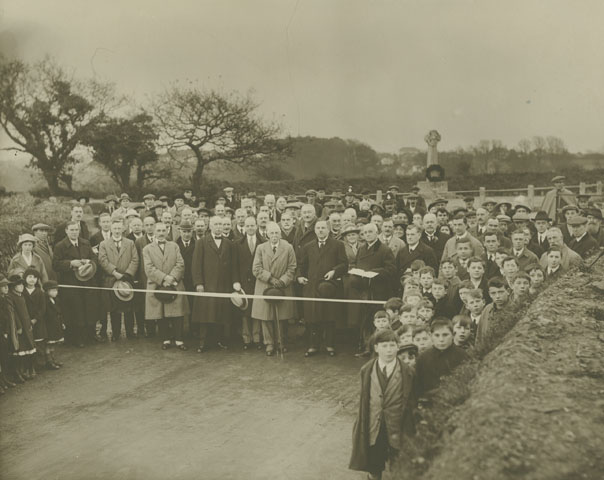 The opening of Gweek Drive at Mawgan-in-Meneage on 12th December 1922. A large group of people are gathered for the opening ceremony in front of the War Memorial in Mawgan-in-Meneage. The road from Gweek to Mawgan is thought to have previously been a private drive on the Trelowarren Estate, owned by Sir Courtenay Vyvyan. The road was opened by Sir Henry Maybury, Director General of Roads. The children in the photograph are from Garras School. Henry Toy's motor car was the first to pass through the drive after it was declared open. Photograph by Opie Ltd of Helston.