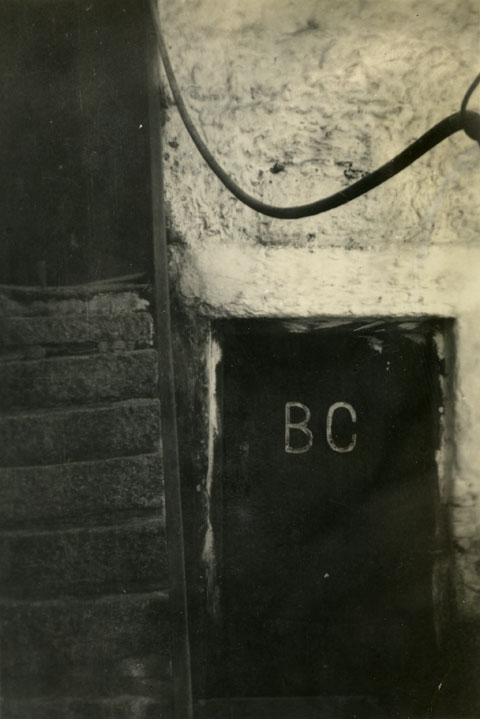 Interior of the Blue Anchor Inn, Coinagehall Street, Helston, about 1930s to 1940s. Stone steps can be seen on the left of the image and a door with the letters "BC" is on the right. The recess for the doorway shows the thickness of the stone walls of the building. The Blue Anchor was originally a monk`s rest house and eventually became a tavern during the 15th Century. It is one of the oldest original inns in Britain that continues to maintain a working brewery and is renowned for it's variety of 'Spingo Ales' which are brewed to traditional recipes.