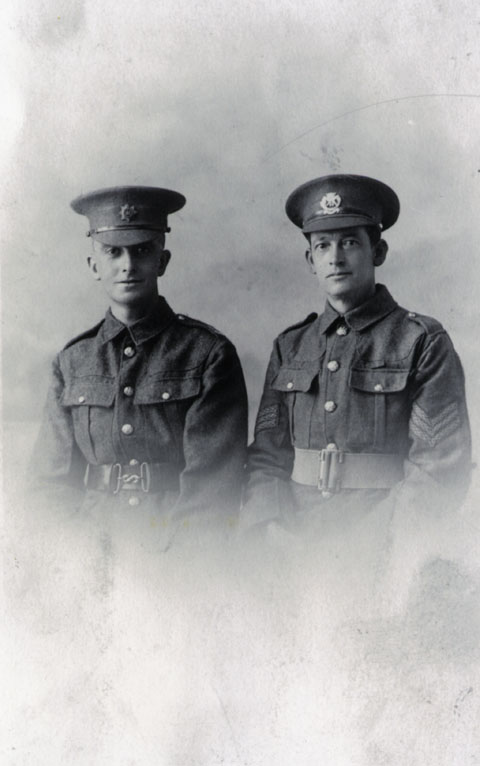 Studio portrait of Sydney Bruce Cade (left) and Joe Richards (right) in soldier's uniform during World War One, about 1916. Sydney was an Ironmonger and, after World War One, moved from Helston to London to become a flower salesman at Covent Garden. The business, Forster & Robins, belonged to John William Robins, his wife's brother. Sydney and his family lived at 126 Loughborough Park until it was bombed out in 1940. Joe Richards was the landlord of the Blue Anchor Inn, Helston.