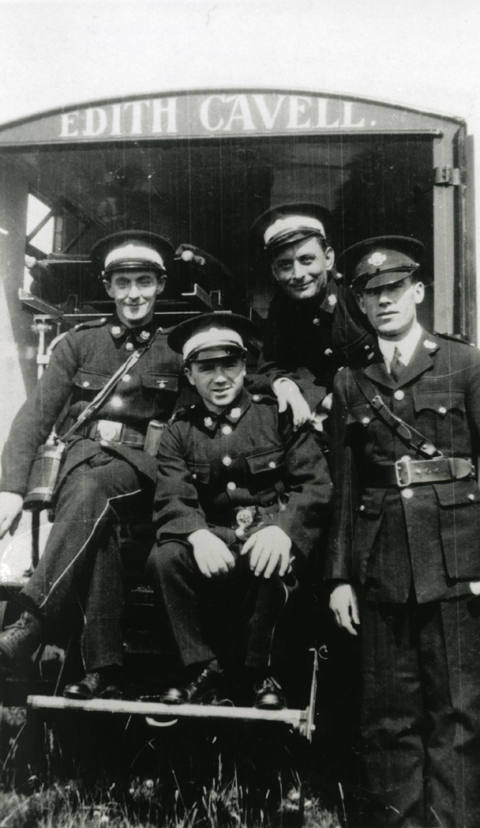 Four St John Ambulance Brigade volunteers. The men are pictured in uniform with their ambulance "Edith Cavell", about 1926. The founder of St John Ambulance in Helston, Mr Jim B Gilbert, is on the right. Mr Gilbert was a Serving Brother of the Order of St John and a newsagent in Meneage Street. He served in France during World War 1 and it was during his time as a stretcher bearer the idea of forming an ambulance division in his home town of Helston came to him. On his return from the War he worked tirelessly to win public support and guarantors until the Helston & District Division of the St John Ambulance Brigade was formed. Mr Gilbert became, by unanimous consent, the first Superintendent of the organisation.