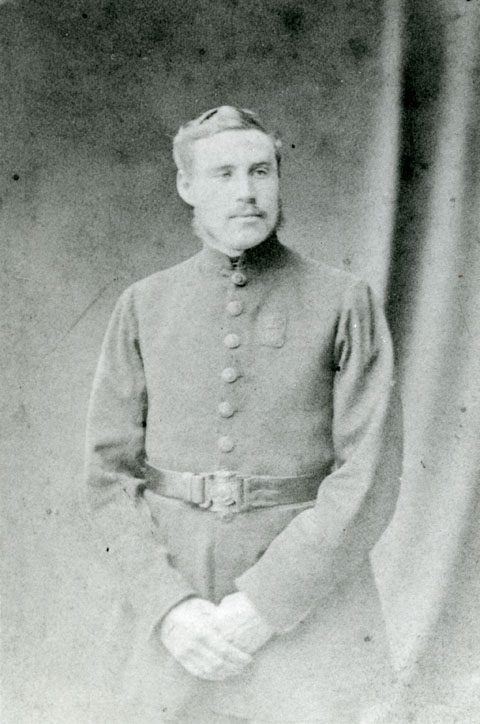 Police Constable John Barber, Cornwall Constabulary, Helston Division, 1902. John Barber was born in 1855 and was a labourer and butcher from Linkinhorne in Cornwall before joining Cornwall Constabulary at the age of 22. PC Barber (PC 6) was stationed with the Helston Division in October 1877. He resigned in June 1878 but was reappointed as PC 96 in December 1878. He was stationed at Truro and Launceston before returning to the Helston Division in November 1882. PC Barber's career with Cornwall Constabulary was not without incident, he resigned in 1978 after serving only 15 months but was reappointed 6 months later. In November 1895 he was reduced to 2nd Class Constable for being absent from his conference point, making a false entry in his journal and telling his Superintendent falsehoods. In October 1898 he was promoted back to 1st Class Constable. In December 1900 he was fined £1 for being drunk on duty at Helston and also warned as to his future conduct in the Force. He resigned, on pension, in June 1905 and is known to have lived in Seaview Terrace, Helston between 1891 and 1902.