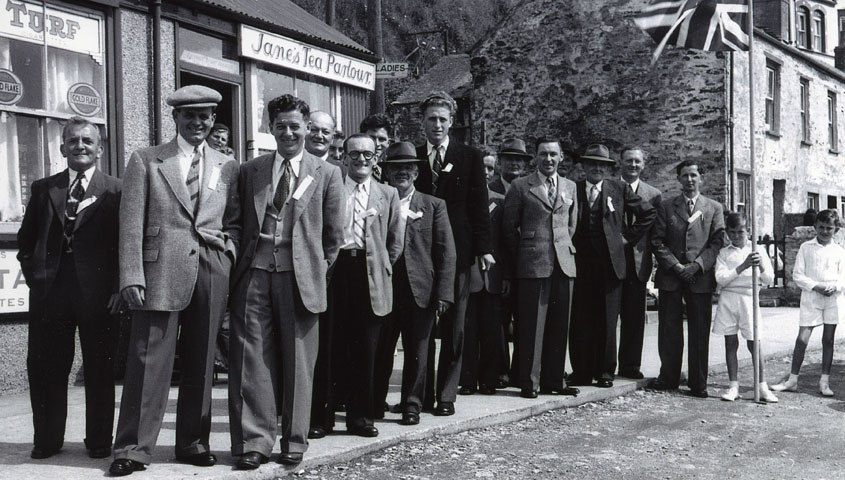 A number of gentlemen standing outside Jane's Tea Parlour, Porthleven, with two young boys dressed in white and holding a Union Flag. Possibly 1950s or early 1960s, this photograph could have been taken during the St Peter's Tide Parade, as they are wearing ribbons, which were traditionally worn at St Peter's Tide. Jane's Tea Parlour was situated on Harbour Road, before reaching the cottages (shown) at the bottom of the steps up to Bay View Terrace.