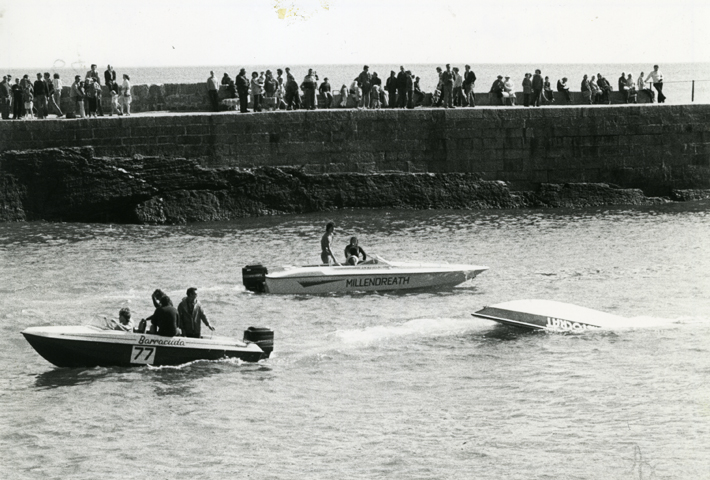 Porthleven Lifeboat Day, 24 August 1979. Three speedboats are in Porthleven outer harbour, one of which has capsized. There are people standing on the pier in the background. After speeding around the bay, the 20 horse power Ariscotrat capsized. The Mellendreath and the Barracuda speedboats are near to the capsized boat. The Royal Marines and RNAS Culdrose provided an air-sea rescue demonstration. Press photograph published in the Helston Packet in August 1979