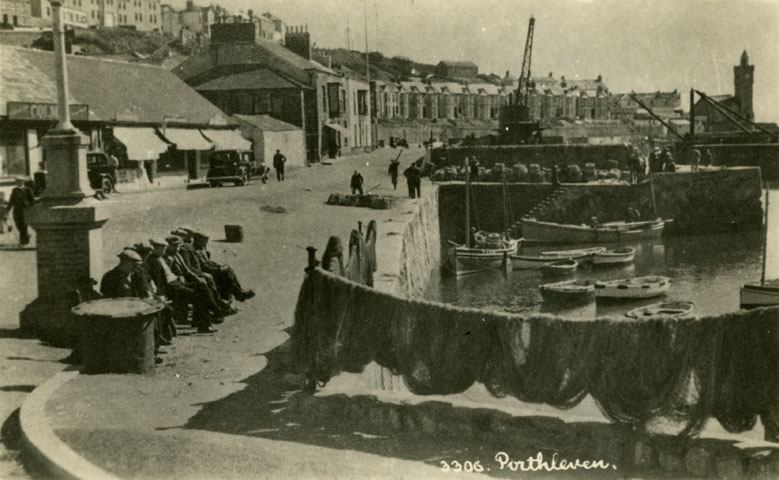 Photographic postcard taken from the Square looking towards the Clock Tower, Porthleven, about 1950. Nets are drying on the railings at the top of the slipway and a number of men are sitting on benches alongside a commemorative monument. The monument is inscribed on two sides "Erected to commemorate the Coronation of King George the V 2 June (unclear)" further inscription on this side is unclear. "The same occasion seventeen other lamps were erected by public subscription including loyal help from old Porthleven Boys in South Africa and America". There are a number of people walking along the road and two vehicles are parked outside one of the shops which has the awnings down. There is a crane outside the Commercial Inn and a few fishermen are standing near crab pots. The postcard is dated 14 June 5(?) and is addressed to Mrs T W Pascoe, 804½ Dundas Street, London, Ontario, Canada.