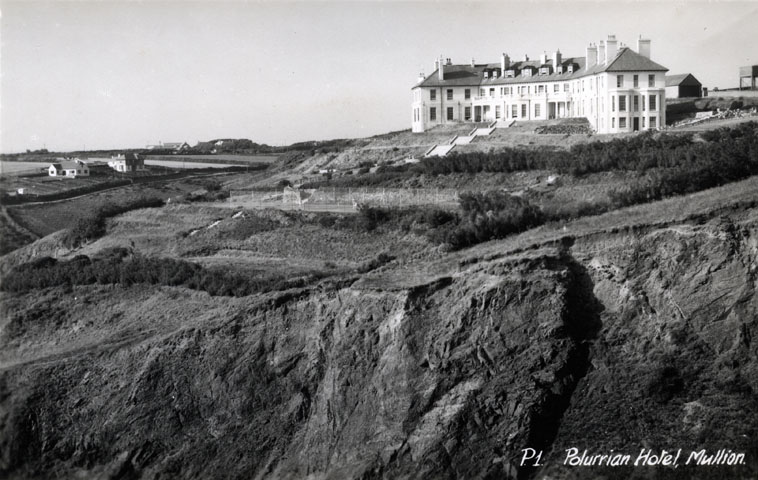 Photographic postcard of Polurrian Hotel, Mullion, taken around 1948. The original Polurrian Bay Hotel was built in 1890 as a railway hotel to serve the now defunct Helston branch line. Perched on the edge of a cliff, overlooking the Lizard, it was an impressive building appealing to distinguished guests. In 1901, Guglielmo Marconi stayed at the hotel while sending the first ever transatlantic radio messages from nearby Poldhu Cove. In 1909 a fire devastated the original hotel, leaving it in ruins. The only parts of the original structure that now remain are the terraces and steps near the tennis courts. Three years later, a new hotel – the one you see today – was opened on the site. Other famous figures such as Winston Churchill and Clark Gable have stayed here.