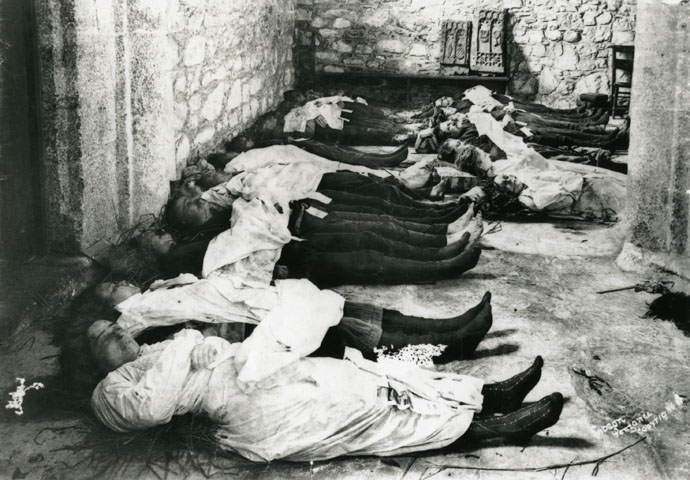 Victims Drowned in the Wreck of the Mohegan, St Keverne Church, 1898

A print of a photograph by Gibson & Sons showing the bodies lying in St Keverne Church of the victims drowned in the wreck of the Mohegan off the Manacles, near St Keverne on 14 October 1898. The Atlantic Transport Line's SS Mohegan was en route to New York carrying passengers, crew, cattle, spirits, beer and antimony when she struck the Manacles, just as daylight was fading. The Porthoustock lifeboat, Charlotte, was launched immediately but the Mohegan was under water within 20 minutes of hitting the rocks. 44 lives were saved by the crew of the Charlotte but sadly 107 lives were lost. Many of the victims were buried in a mass grave at St Keverne Churchyard.