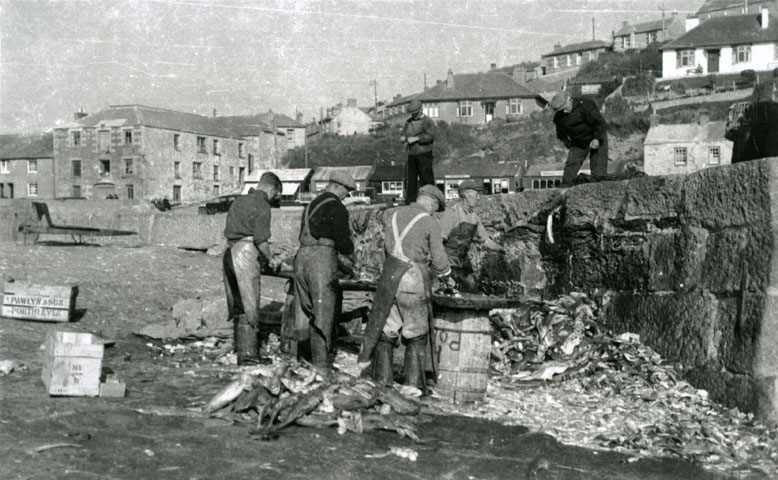 Men gutting fish on the quay at Porthleven, possibly 1950s. Four men are dealing with the fish and two men are standing on top of the quay wall. The photograph is taken on the quay in front of The Ship Inn. A fish box can been seen which says Pawlyn & Son, Porthleven. On the right hand side of the photograph is a wooden baulk which has been raised and is waiting in place to be lowered into the harbour mouth when the weather is rough. Jerboa Cottages and the large building at the bottom of Salt Cellar Hill can be seen in the background. Photograph by A H Hawke of Helston.