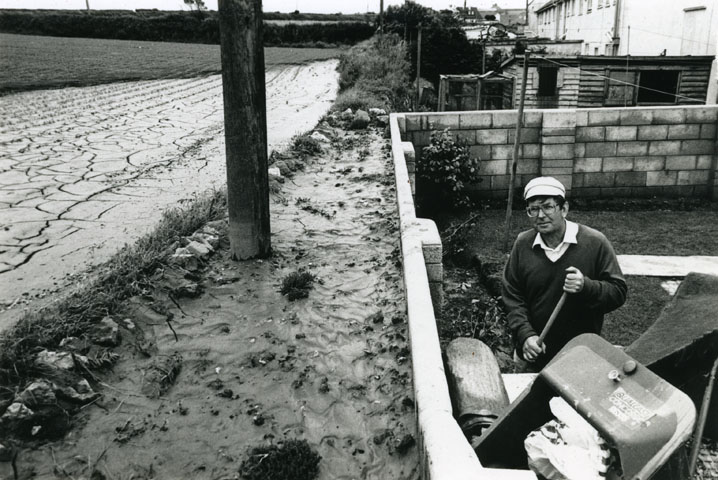 Damage caused by a flood in Porthleven on 9th June 1993. The photograph shows Brian Orchard in his garden on Gibson Way. Mr Orchard's house backs on the the fields which caused the flooding in Gibson Way, the fields can be seen on the left hand side of the photograph. Water from adjacent fields washed through houses on one side of the road and crossed to the houses on the other side of the road. Cars were unable to pass along Gibson Way. On the morning of the flood, all roads into Porthleven were cut off to normal traffic by flood water. The Moors were so badly flooded that a person was canoeing on the playing field. In places water was cascading over the harbour head like a waterfall. By the afternoon the waters had subsided.