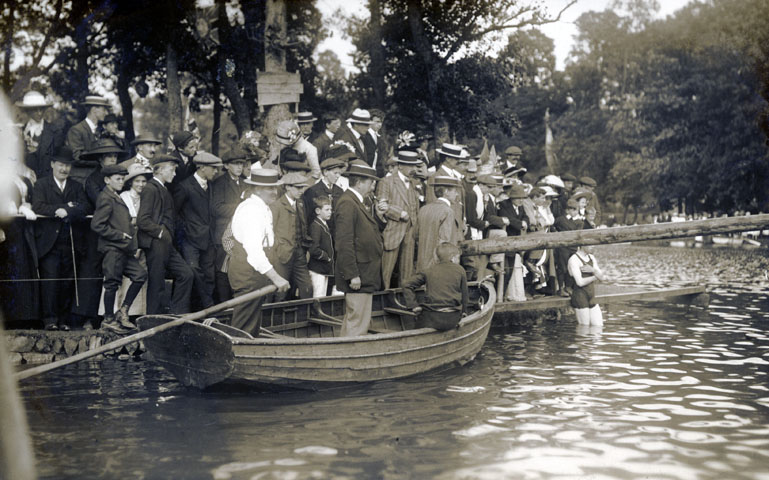 Photographic postcard of a large crowd of people after the opening ceremony for Coronation Lake, Coronation Park, Helston on 20th July 1912. The opening ceremony was conducted by Mayor Francis Henry Cunnack. Recreational activities including a rowing boat can be seen at the front of the picture with the "greasy pole" to the right. Many of the men are wearing boater hats and at the front of the group is a man wearing a one piece bathing suit. Coronation Park was built to commemorate the reign of King George V. Photograph by A H Hawke of Helston.