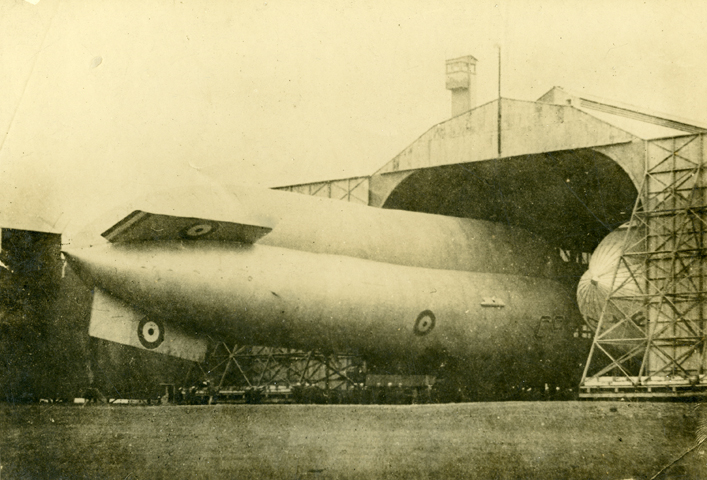 Airships in Hangar, RNAS Mullion, about 1918

The World War One Coastal Class airship, C9, halfway inside shed one at RNAS Mullion, about 1918. The nose of a second airship, the Coastal Star Class, C*6, is also visible. The role of Coastal Class and the modified Coastal Star Class airships was patrol. Airship patrols were an effective deterrent to submarine activities and to combat the U-boat threat to merchant shipping and fishing fleets. Five crew were armed with four machine guns and a small number of bombs or depth charges. The open, unheated cockpits were cramped and uncomfortable. In winter crews risked frostbite and hypothermia. The airships could not be taxied and required teams of ground handling crew to walk them around using rods connecting the airship with the ground. RNAS Mullion was one of the Royal Navy's principal airship stations in the southwest. The foundations for two large hangars and the bases for wind-breaks can still be seen today.