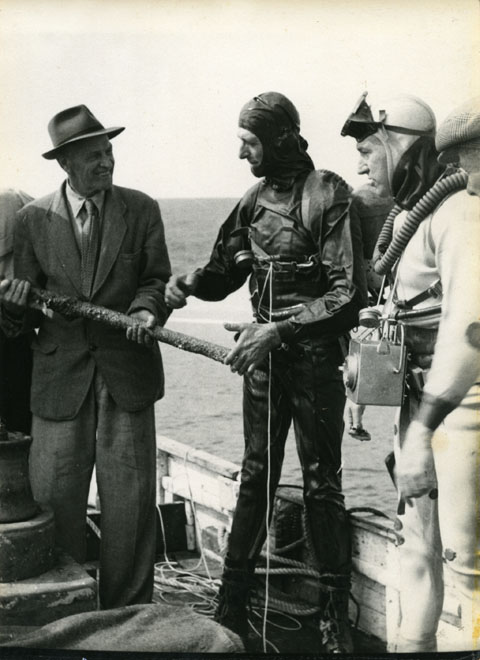 Royal Navy divers, Clifford Wills and Bob Lewis, handing over a copper gun rivet from HMS Anson to Frank Strike for Helston Museum on board the deck of the fishing trawler Reliance at Loe Bar in 1958. The frigate HMS Anson was wrecked on Loe Bar on 29th December 1807. Although the vessel, captained by Captain Lydiard, was not far from the shore, around 100 men drowned as they tried to swim to safety. It was this tragedy and the loss of life so close to the shore that inspired Henry Trengrouse in his groundbreaking ship to shore life saving inventions and set the scene for modern coastal safety. Salvage operations on HMS Anson were carried out in 1902, 1958, 1961 and 1964. The rivet is on display in the Museum's Drill Hall in the Henry Trengrouse and Lifesaving area.