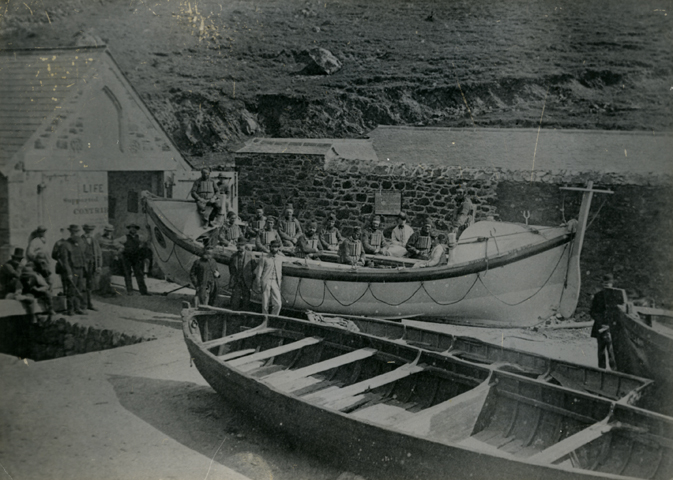 Mullion's first lifeboat, the Daniel J Draper", and crew sitting in the boat in front of the Lifeboat Station, which was launched on 10th September 1867. The boat was the gift of the Methodist Recorder Fund in memory of the Rev D J Draper who drowned in the tragic wreck of the SS LONDON (1866) in the Bay of Biscay. This boat remained at Mullion until 1887, performing three services and saving three lives. It was followed by the Edith (1887-1894) and the Nancy Newbon (1894-1908), neither of which were ever used.