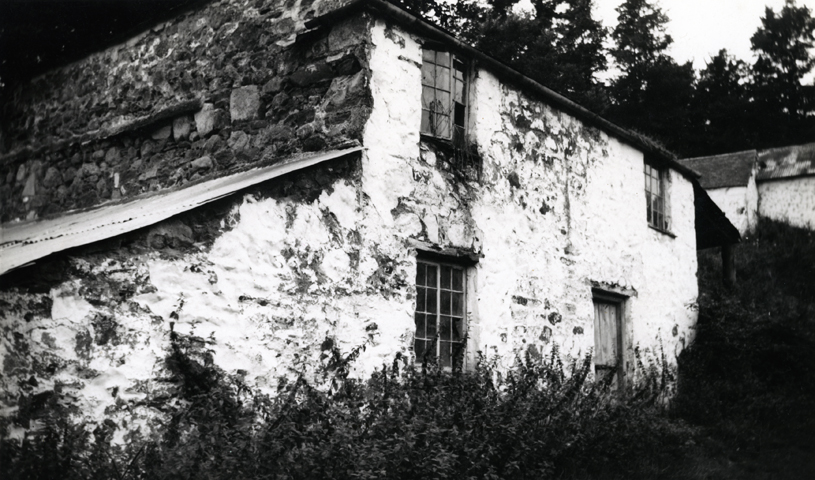 The watermill, Mill Mehal, near St Keverne, 1958. Mill Mehal, formerly Melyn Myhall meaning St Michael's Mill, was owned by the monks of St Michael's Mount. It ceased work when fire destroyed the miller's cottage. A modern pumping station for the Lizard area stands just below this site. Built around the 18th century, the building is listed under the Planning (Listed Buildings and Conservation Areas) Act 1990 as amended, for its special architectural or historic interest. Originally on part of Traboe Estate, which extended into the adjoining parish of St Martin, it was granted to monks of St Michaels Mount by Robert, Earl of Mortain about 1087. The site dates from 1258.