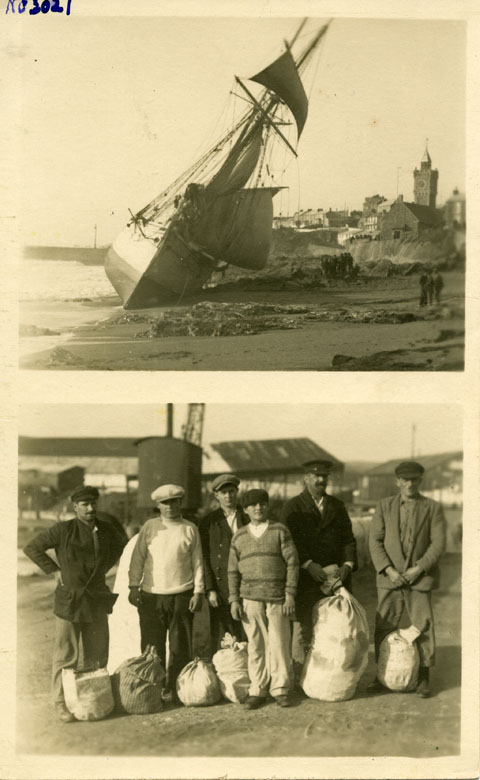 Wreck of the Schooner 'Anne' at Porthleven and Crew, 3rd November 1931

Two photographs on a postcard showing the wreck of the schooner 'Anne' at Porthleven and crew. The top photograph shows the schooner listing on the beach at Porthleven with the village behind and groups of onlookers. The second photograph shows six crew members standing with kit bags. The typed label on back of postcard gives the date as 3rd November, 1931 and states that the St Anne was carrying coal and was the last sailing schooner to be wrecked at Porthleven. Photograph by Alfred Herbert Hawke of Helston. See also HESFM:1981.4699.