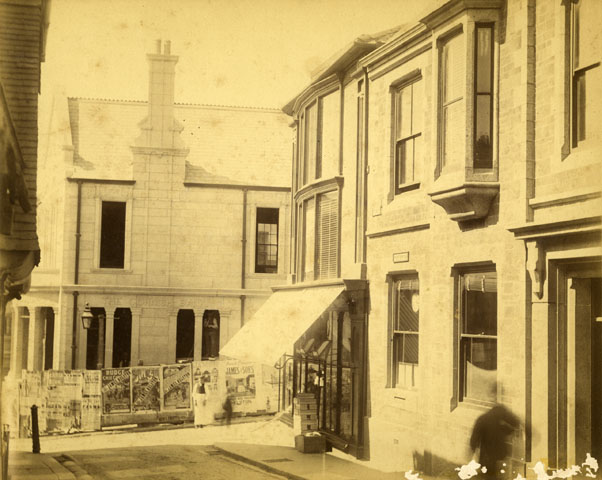 Meneage Street, Helston, looking down to the newly built Cornish Bank in Market Place, about 1890. The construction site is still fenced off and bill posters can be seen. The old Post Office is on the right with Roberts & Co tailors shop on the corner of Meneage Street and Wendron Street. In 2016, the Cornish Bank is now Lloyds Bank. 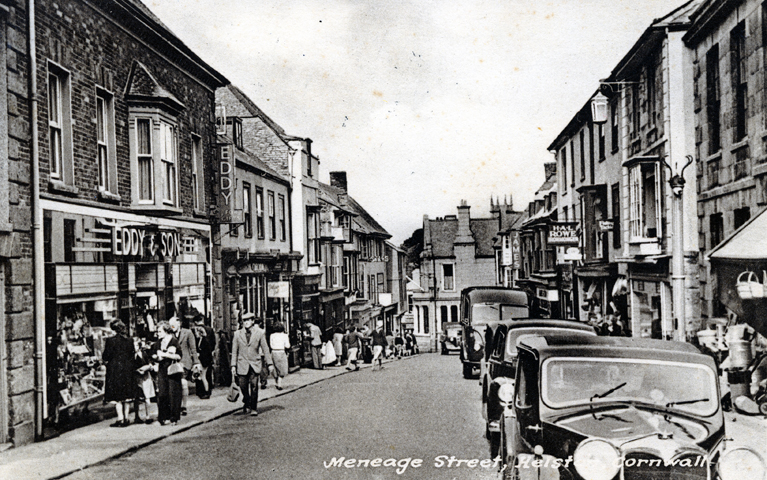 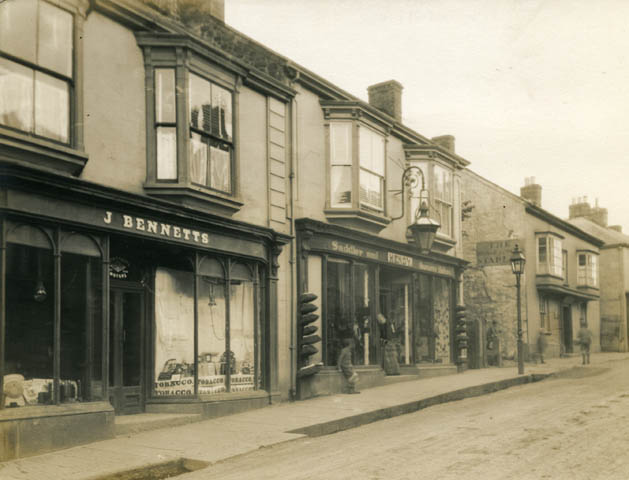 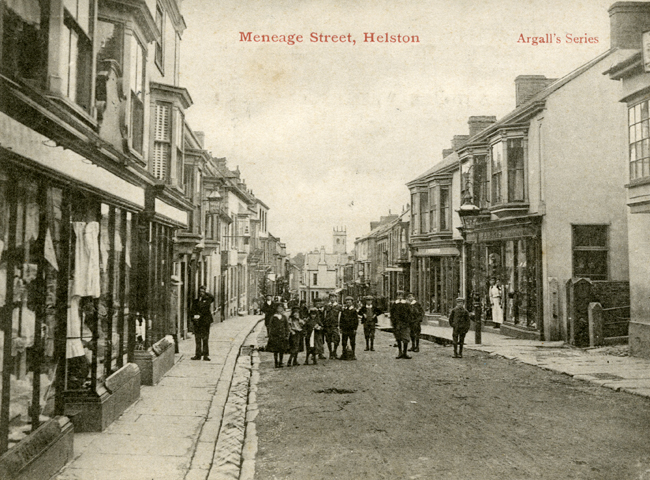 An Argall's Series postcard of Meneage Street, Helston, with a group of children standing in the road and shopkeepers standing in doorways. Date of posting is 16th May 1904. 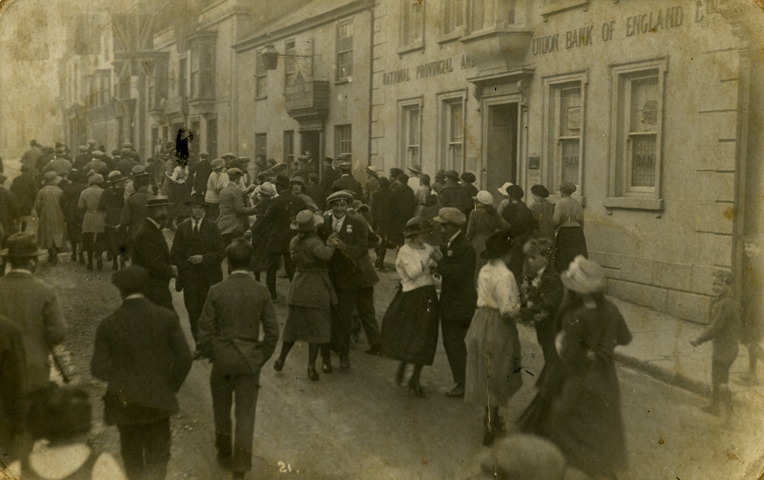 The Morning or Evening Dance during Helston Flora Day in the 1920s. The dancers are outside the National Provincial and Union Bank of England in Meneage Street. Part of the Jack Stephens Collection of local photographs. 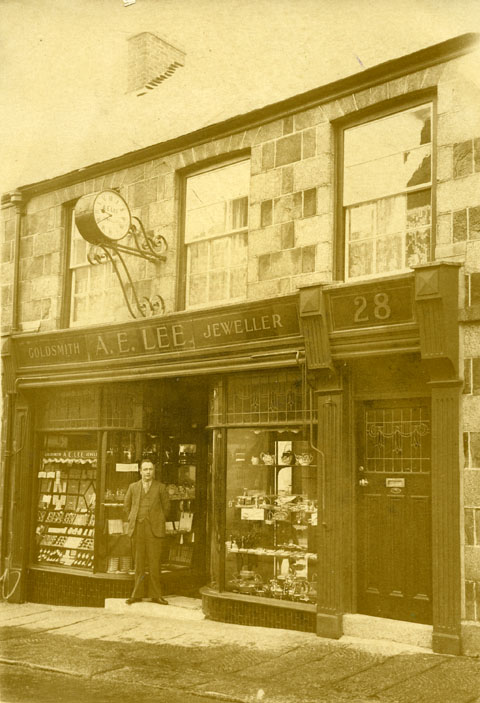 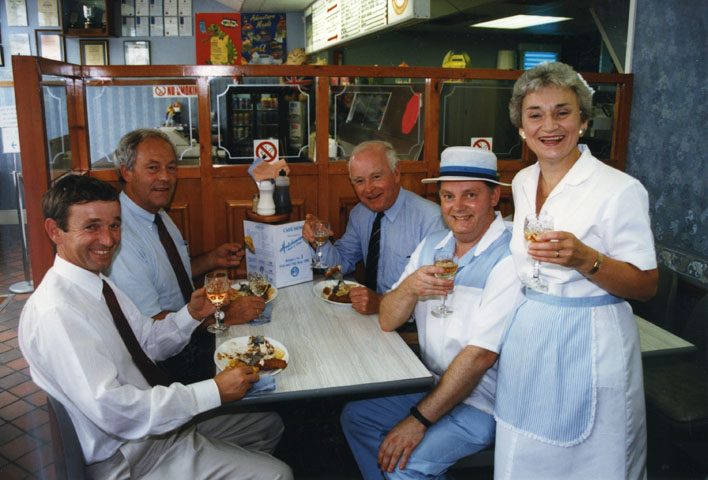 David and Coleen Hutchinson, the owners of Hutchinson's Fish and Chip Shop in Meneage Street, Helston, treating Mike Pilgrim, Alasdair Fairbairn and Eric Davey of the Sea Fish Authority to some award winning fish and chips in their restaurant on 12th August 1997. Hutchinson's won a national competition for the best fish and chip shop in the country. Press photograph taken by Paul Yockney for publication in the Helston Packet. 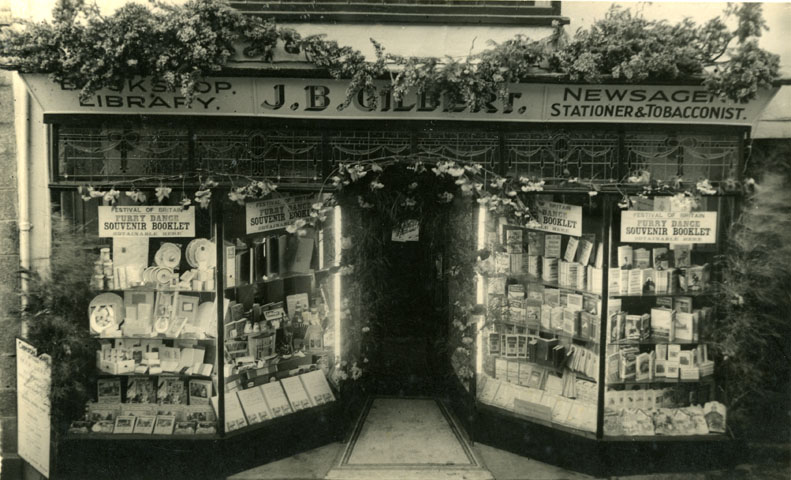 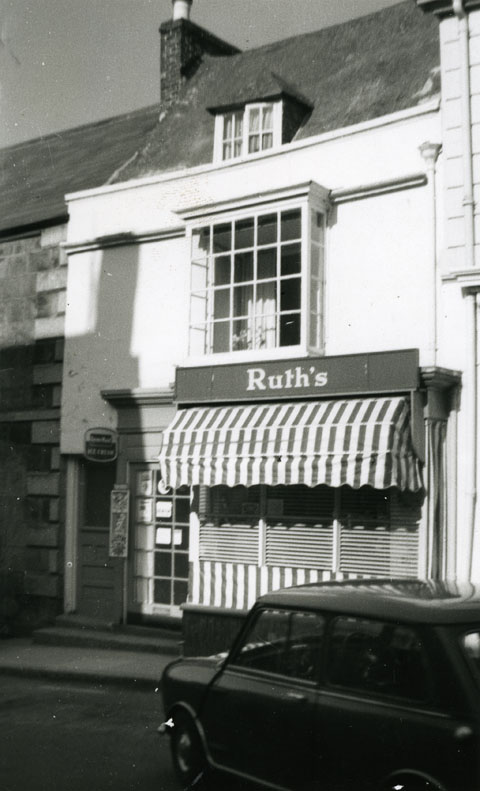 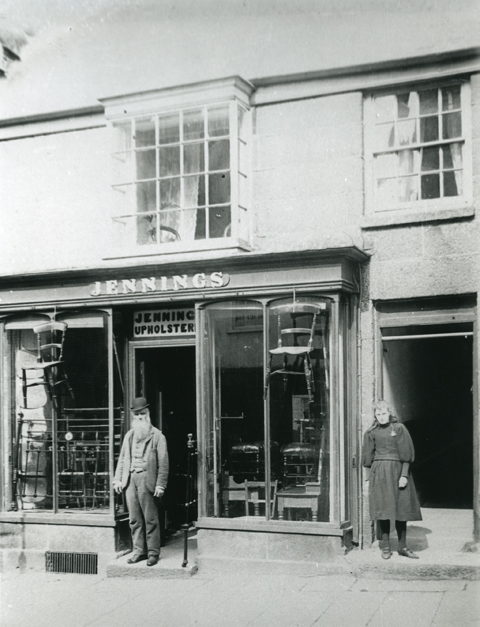 Jennings the upholsterers and furnishers at 22 Meneage Street, Helston, about 1900-1910. The owner, George Jennings, and his granddaughter, Ada Jenkin, are standing outside. The shop front has since been altered and in 2017, 22 Meneage Street is Smile Dental Care.