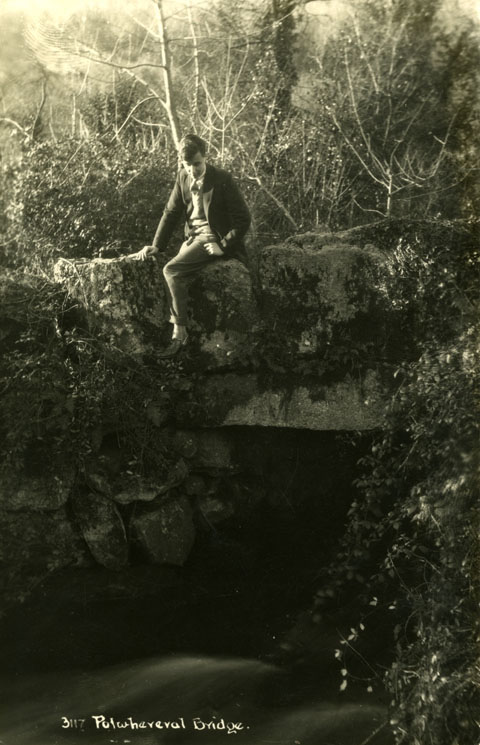 A photographic postcard of the late Charles Henderson, renowned historian, on Polwheveral Bridge, Constantine, 1920-1930. Henderson left an enormous legacy in his works, although tragically he died at the age of 34. 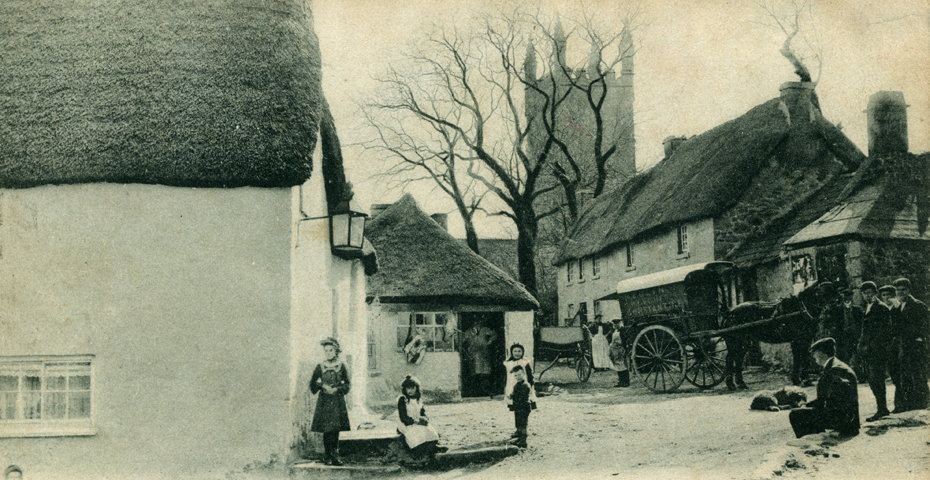 An Argall's Series postcard of Constantine, showing the Butcher's Shop. There are four Edwardian children standing in front of the shop and the butcher is standing at the door. Also in the picture are several men folk standing and sitting around a horse and cart. The postcard was sent from Penryn in 1904. 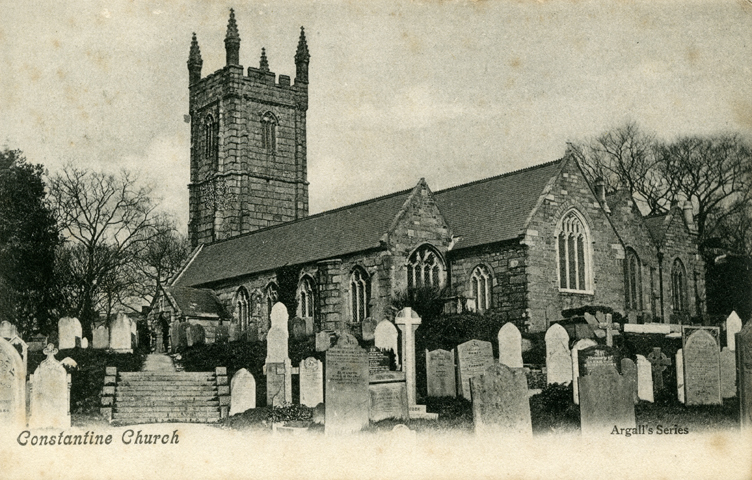 An Argall's Series postcard of the parish church in Constantine, dated 1904. 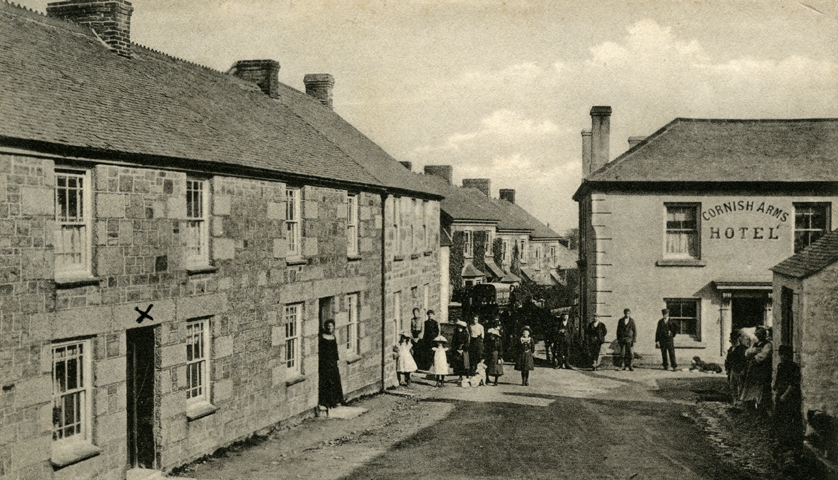 An Argall's Series postcard showing the Cornish Arms Hotel in Constantine, circa 1904. There is a crowd of people standing next to the Cornish Arms. A cross has been put over the door of the first house on the left marking the place where the sender of the postcard was staying. 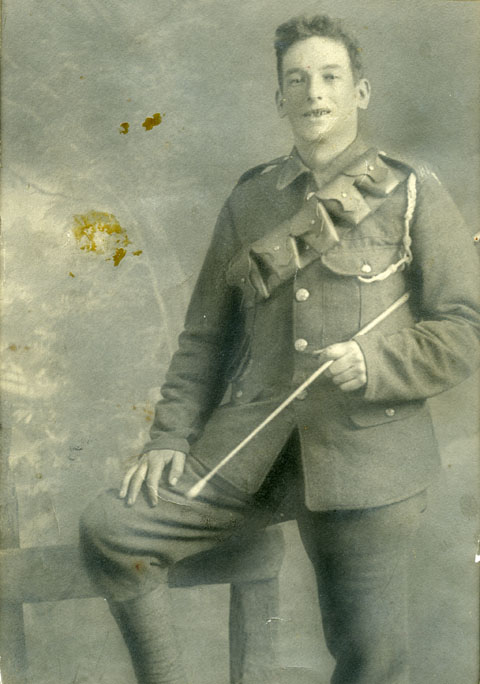 A World War One soldier from Constantine, 1914-1917. The soldier is thought to be Ernest Veal (Service Number 33142), born about 1873 to parents William and Jane Veal. Ernest received the Victory Medal and British War Medal during his service and the Silver War Badge when he was honourably discharged in November 1917 due to being No Longer Fit for Service.