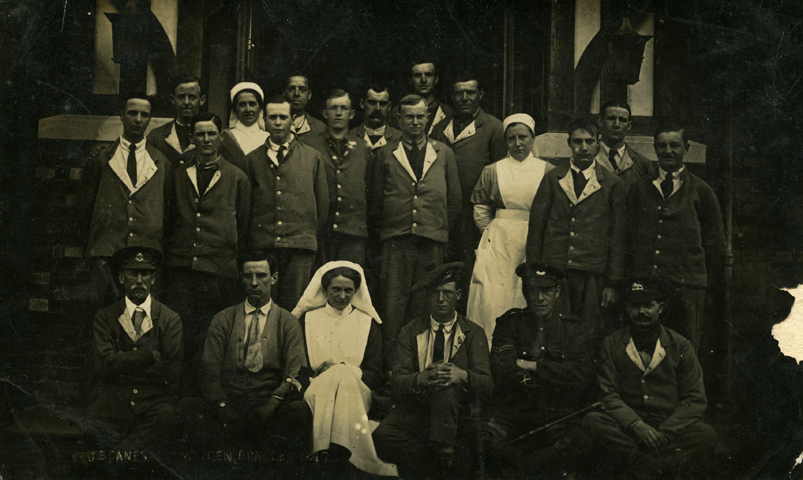 Photographic postcard of a group of World War One military men and nurses, including Henry Hodge from Seworgan, Constantine, at Maiden Bradley Military Hospital, Wiltshire in 1917. Henry is thought to be second from left in the first standing row from the front. He was born in Seworgan about 1898 and was serving with the Devonshire Regiment, Military Battalion Labour Company in 1917. His service number was 61012. Maiden Bradley Village Hall was used as a military hospital during the First World War. Photograph by J S Cane.