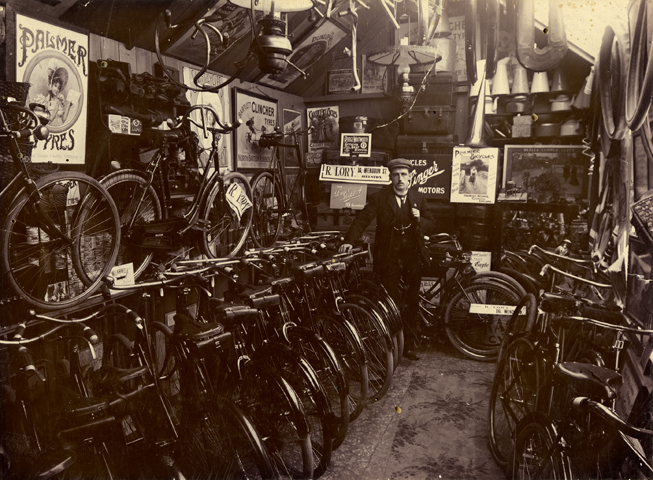 Richard Lory in his cycle showroom at 16 Wendron Street, Helston, about 1890, by S & J Govier. The photograph was originally located on the ground floor of the shop premises as an advertisement for the showroom upstairs. The mount states "View of Show Room Inspection Invited". The photograph remained in place downstairs when Richard's son took over the business. At that time motorcycles were on show on the ground floor and bicycles remained upstairs. Lory's was one of the first businesses to sell the new Mini when it began production in 1959. Mr Collings, worked as a motor vehicle engineer for the business in the 1960s and was given the photograph by Mr Lory.