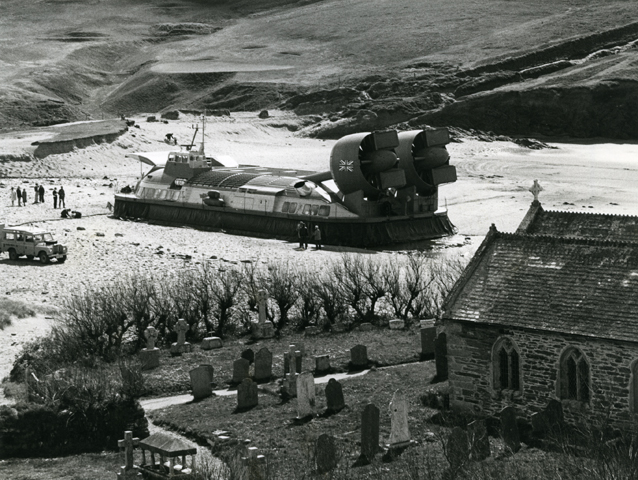 A Royal Navy hovercraft on the sand at Gunwalloe Church Cove on 30th April 1977. The 90 foot long, 105 ton vessel was designed by Vosper Thorneycroft and was chartered by the Royal Navy. Based in Hampshire, it was circumnavigating the British Isles with a crew of 17 commanded by Commander N T Bennett. The hovercraft was met by the fuel and salvage section from RNAS Culdrose. This is a press photograph taken by RNAS Culdrose and was published in the Helston Packet on 6th May 1977