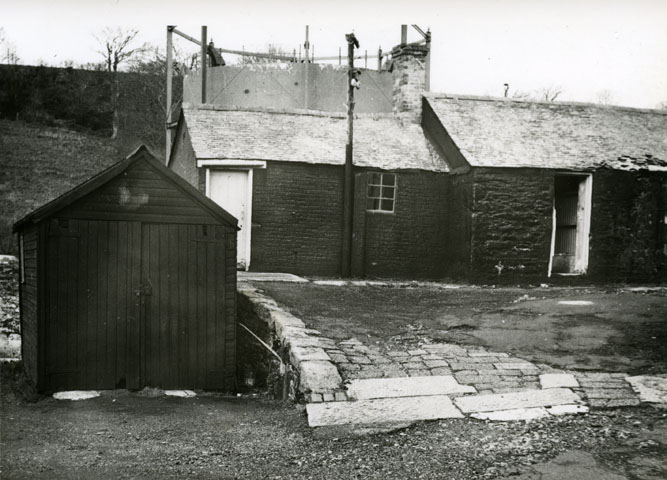 Helston Gas Works with buildings to the rear on Old Mission Road, about 1965. Helston Gas Works was built on the edge of the town green in 1820 and was situated next to Kingdom Hall on the Penzance Road. These were some of the many buildings demolished in the 1960s as part of a road widening and regeneration project. The project was first considered in 1955 and completed in 1968/1969. Part of the Jack Stephens collection of local photographs.