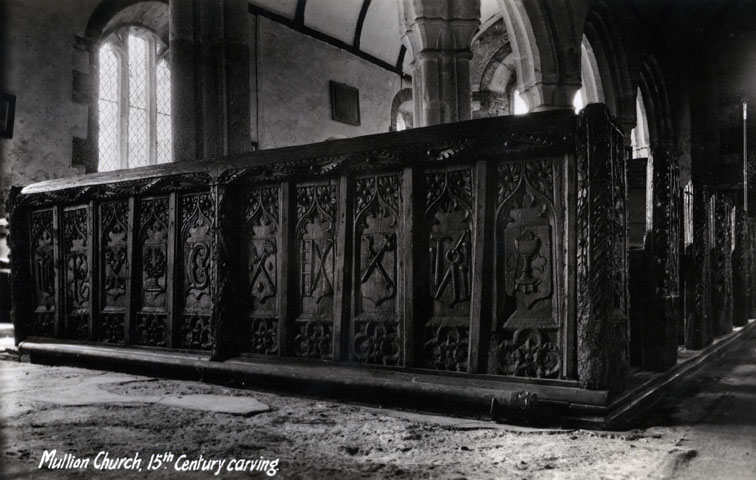 Photographic postcard of 15th century carving in Mullion Church, taken around 1948. A feature at Mullion church are the bench ends and they are particularly fine. The wood allegedly came from old Goonhilly forest. They show symbols of Christ’s passion, caricatures of clergy, initials, bacchanalian figures and even Jonah in the belly of the whale! A rood screen was probably put up in the 15th century but suffered during the Reformation and was subsequently more or less destroyed. In 1925 complete restoration began by Herbert Reed of Exeter. The result is a tribute to 20th Century craftsmanship and skill, as the whole screen has been re-fashioned, complete with rood loft, parapet front and the Rood itself. The last section of the rood screen was completed in 1961 and very little of the original work remains.