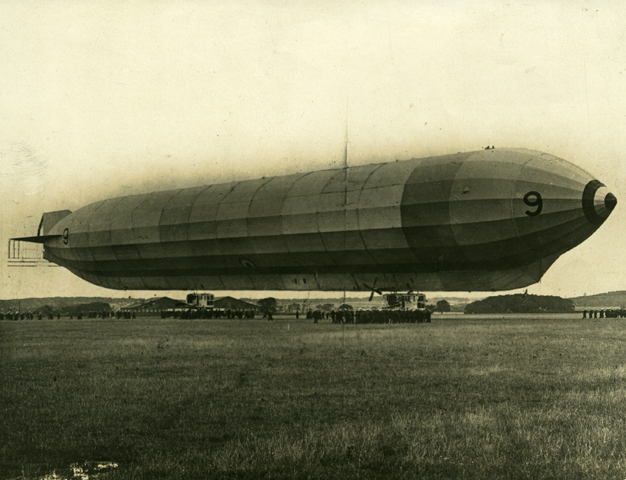 The World War One experimental airship HMA 9 being handled by a large number of ground crew, about 1917. The airship was designed and built by Vickers and was the first British rigid airship to fly. It first flew on 27th November 1916 and was dimantled in June 1918 after 198 hours of experimental mooring, handling and flying tests. It is documented as being stationed at RNAS Howden and RNAS Pulham throughout it's lifetime therefore it is unlikely that this photograph was taken locally.