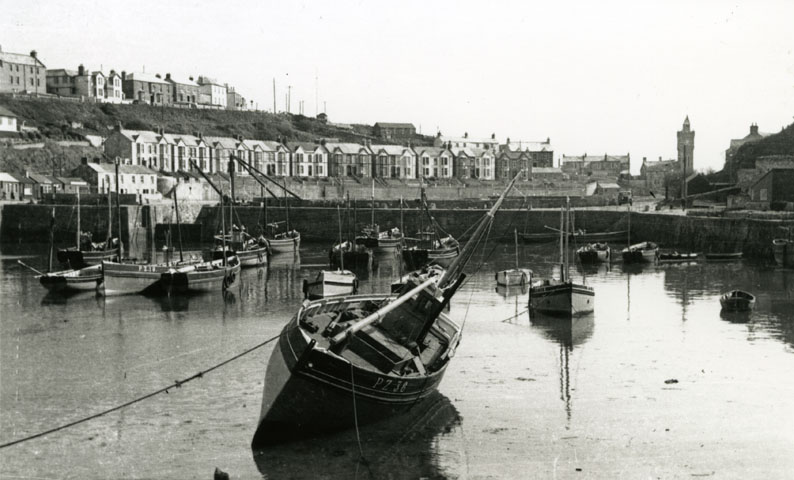 Boats in Porthleven Harbour, possibly taken in the 1950s. One of the boats is PZ36. The baulk is down in the harbour mouth. It is put down in rough weather to prevent damage to boats in the harbour and it also stop boats leaving or entering the harbour. A signal is raised on the pier to show boats at sea that the harbour is closed. There is a crane on the quay walls. Bay View Terrace, the Clock Tower and Peverell Terrace are in the background. Photograph by A H Hawke of Helston.