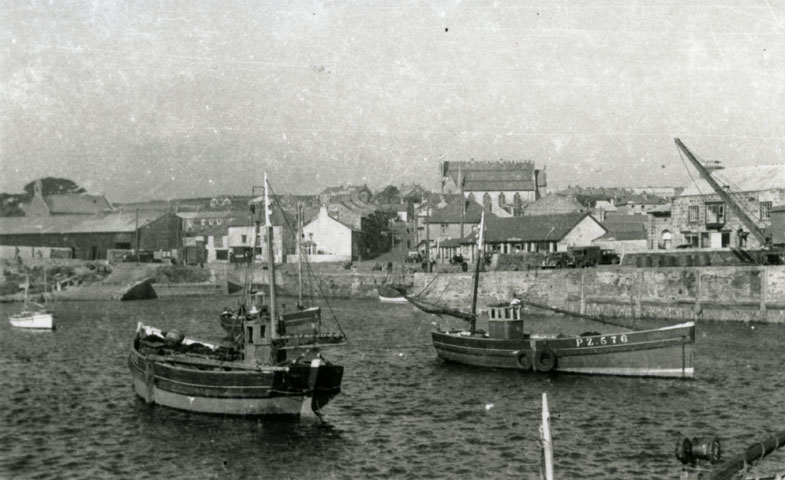 PZ576 and other fishing boats in Porthleven Harbour, possibily taken in the 1950s. The photograph is taken from the quay looking towards The Square. Fore Street Methodist Chapel, Fore Street and St Bartholomews Church can be seen in the background. A large boatshed can be seen in front of the Church and a new slipway stands to the left of the original slipway. There is a crane on the quay in front of the Commercial Inn. Photograph by A H Hawke of Helston.