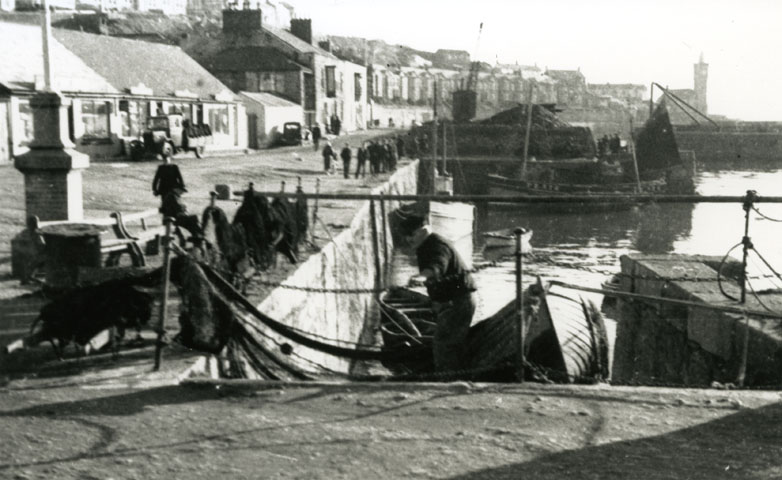 A man next to a small boat on the slipway at Porthleven, possibily taken in the 1950s. There is a barrowful of nets close by and nets hanging are along railings next to the harbour. There is a monument on the left hand side of the photograph. The Monument is inscribed on two sides "Erected to commemorate the Coronation of King George the V 2 June (unclear)" further inscription on this side is unclear. "The same occasion seventeen other lamps were erected by public subscription including loyal help from old Porthleven Boys in South Africa and America". There are a number of vehicles parked along the road and a crane can be seen on the quay outside the Commercial Inn next to a spoil heap. Bay View Terrace and the Clock Tower can be seen in the background. Photograph by A H Hawke of Helston.