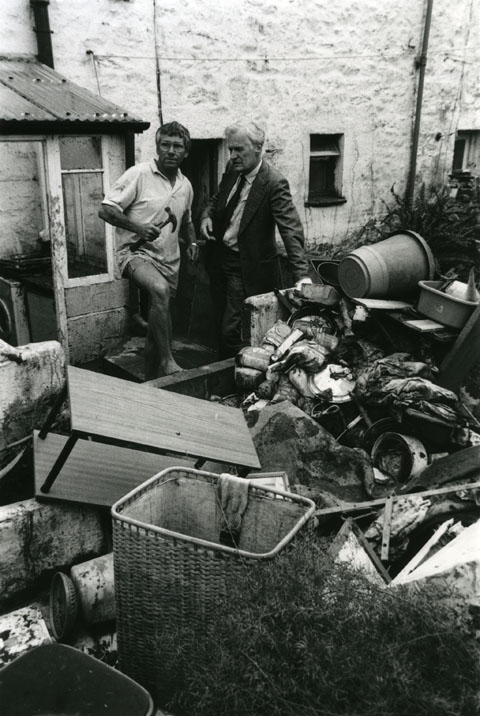 Damage caused by a flood in Porthleven on 9th June 1993. The photograph shows MP David Harris surveying the damage in the alley between Thomas Terrace and Thomas Street. He is with standing with another man who is thought to be a resident. This is the bottom of the alley where the flooding was worse. On the morning of the flood all roads into Porthleven were cut off to normal traffic by flood water. The Moors were so badly flooded that a person was canoeing on the playing field. In places water was cascading over the harbour head like a waterfall. By the afternoon the waters had subsided.