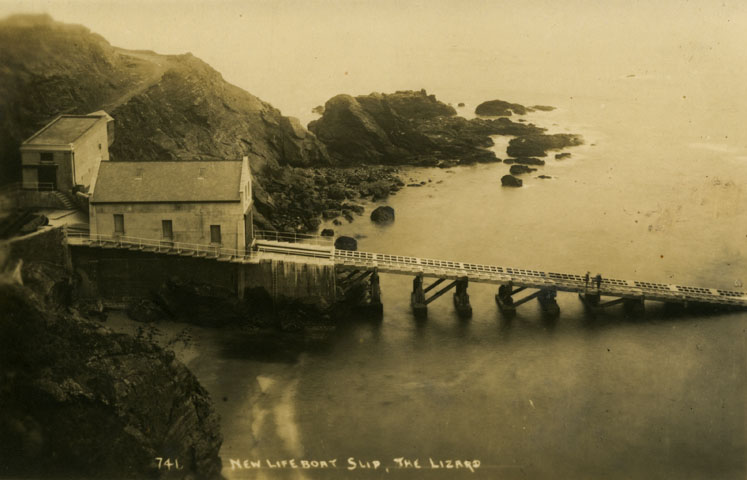 Photographic postcard of the "New Lifeboat Slip, The Lizard" by A H Hawke of Helston, the postcard is numbered 741. In 1914 it was the third lifeboat station to be built at Polpeor Cove and had an integrated slipway which enabled boats to be launched directly into the sea. This station closed in 1961 and was replaced by the new and larger lifeboat station at Kilcobben Cove. The first station at this location was opened in 1859 following the wreck of the SS Czar on 22nd January 1859 when some of her crew were rescued by local boatmen.