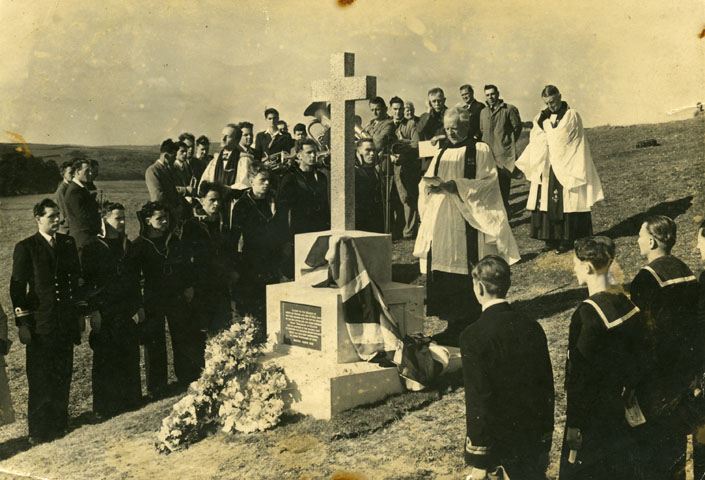 Memorial service held in March 1949 on the Morabs or Morrups at Loe Bar to unveil the newly erected dedication stone to the officers and men who lost their lives by the wreck of HMS Anson. The service is attended by the Royal Navy, members of the public and members of a band. The frigate HMS Anson was wrecked on Loe Bar on 29th December 1807. Although the vessel, captained by Captain Lydiard, was not far from the shore, around 100 men drowned as they tried to swim to safety. It was this tragedy and the loss of life so close to the shore that inspired Henry Trengrouse in his groundbreaking ship to shore life saving inventions and set the scene for modern coastal safety. Salvage operations on HMS Anson were carried out in 1902, 1958, 1961 and 1964. The memorial cross was erected by Councillor Frank E Strike of Porthleven.