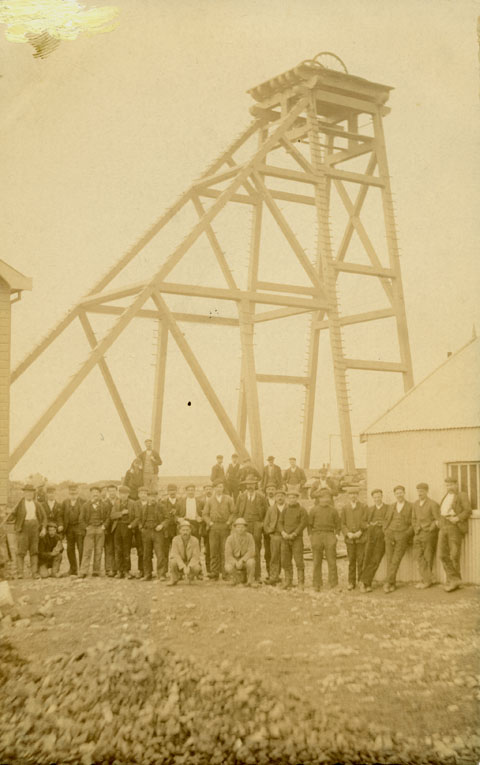 Photographic postcard of Wheal Vor mine at Carleen in Breage Parish, 1906. A large group of miners are pictured in front of the headgear. Wheal Vor was one of the area's most productive mines and, in 1840, it was one of Cornwall's biggest and richest tin mines. It was well known for trialling the latest technical innovations including being the first mine to install a Newcomen pumping engine and the first mine to use steam power. From 1848 onwards, Wheal Vor was plagued with frequent closures and restarts including this unsuccessful attempt to rework sections of the mine in 1906.