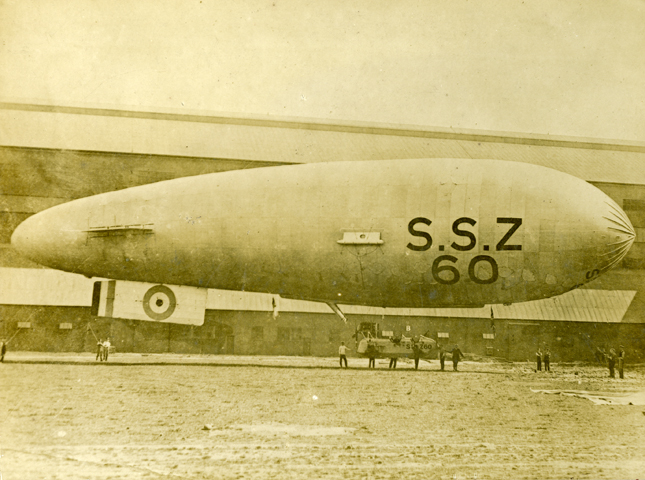 The World War One Submarine Scout Zero Class airship, SSZ60, being handled by ground grew. Possibly at RNAS Mullion, about 1918. The SSZ60 was never stationed at RNAS Mullion, however it is possible that the airship visited the station during World War One. The main role of this class of airship was to escort convoys and search for German U-Boats. The SSZ airships had a crew of 3 including a pilot, engineer and a wireless operator who manned the machine gun. The airships could not be taxied and required teams of ground handling crew to walk them around using rods connecting the airship with the ground. RNAS Mullion was one of the Royal Navy's principal airship stations in the southwest. The foundations for two large hangars and the bases for wind-breaks can still be seen today.