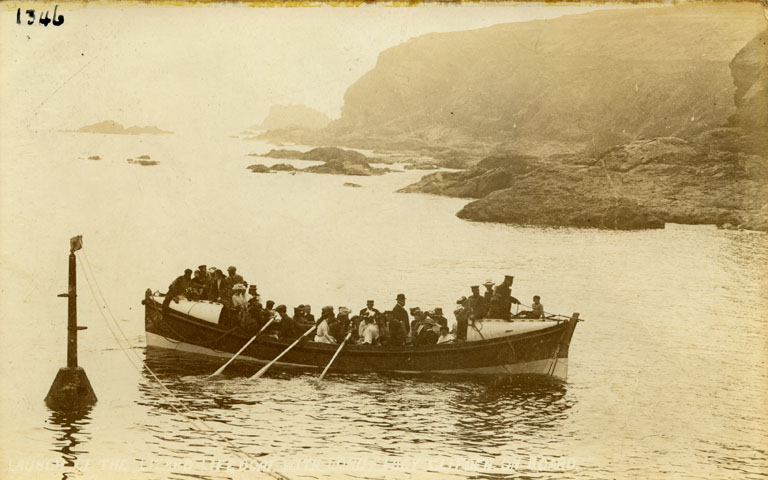 Launch of the Admiral Sir George Back, The Lizard, 1903