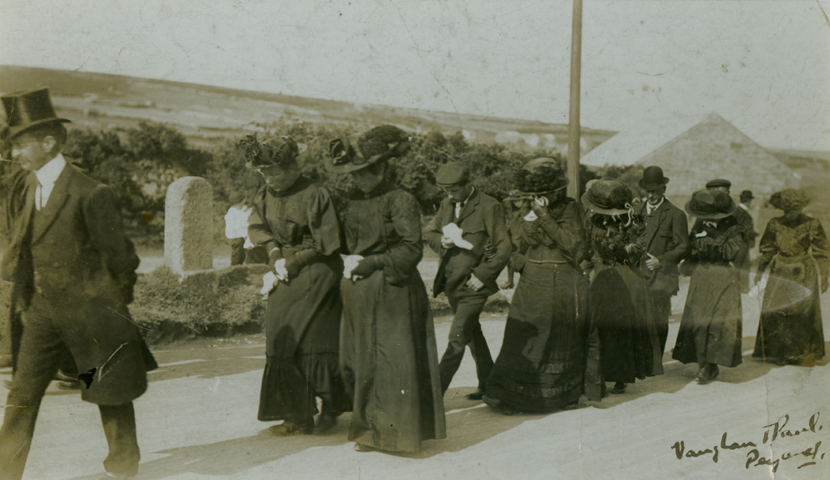 Procession of mourners at Ann Boswell's funeral at Tregerest, near Newbridge, Penzance. Ann, who was better known as "Granny Boswell", was born in 1813 and became a noted fortune teller and familiar figure in the villages of Devon and Cornwall. She frequented Helston during the latter years of her life and died in Helston Workhouse on 16th August 1909 at the age of 96. Her coffin was taken in a horse-drawn hearse to the gypsy enclosure at Newmill, outside Penzance, where her body remained in a tent until the day of her funeral. Romanies from near and far came to pay their respects and camped on the roadside. She is buried in the small churchyard at Tregerest. Signed by the photographer Vaughan T Paul, Penzance.