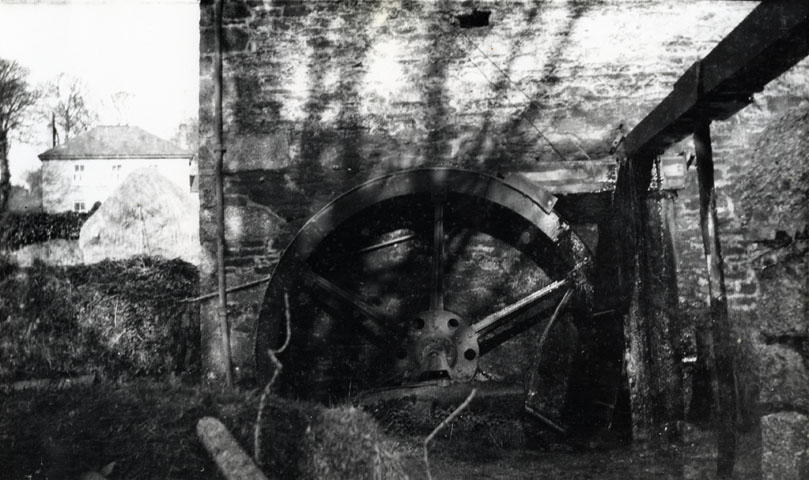 The Trevarno Lodge waterwheel, 1930. A road passed in front of the wheel. When necessary, the wheel was stopped, a piece of the launder was removed and a horse and cart passed along the roadway. This early 19th century watermill building is listed under the Planning (Listed Buildings and Conservation Areas) Act 1990, as amended, for its special architectural or historic interest. It was extended around the mid 19th century and partly remodelled around the late 19th or early 20th century. Over the doorway of the original mill is inscribed: MANOR MILL R.PATTEN. See also HESFM:1977.23, HESFM:1977.630 and HESFM:1977.790.