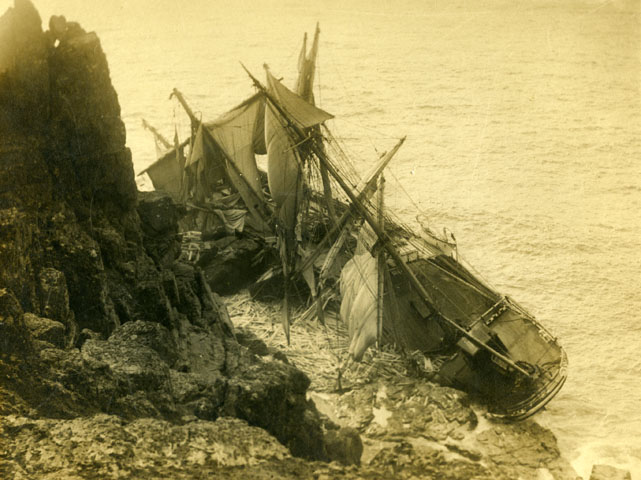 The wreck of the Norwegian fully rigged sailing ship "Hansy"on Carn Table, Housel Bay, The Lizard on 3rd November 1911. Built in 1885, the Hansy was sailing from Sweden to Melbourne loaded with pit props when she was wrecked during a gale. Thankfully there was no loss of life with 3 men being saved by The Lizard Lifeboat, the Admiral Sir George Back, and the remaining crew and passengers clambering to safety on the rocks. Her cargo can be clearly seen in the photograph however, as it was a Sunday, no-one around would touch the ship and by Monday the winds had turned the tide and it was all washed out to sea. Photograph by A H Hawke of Helston.