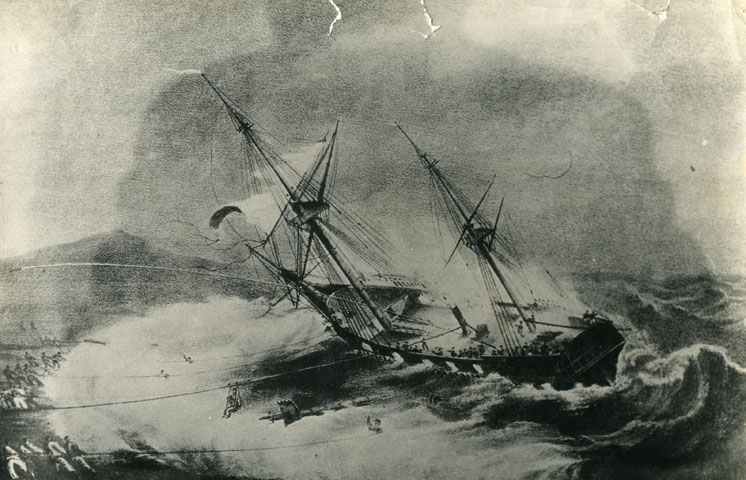 Etching of the Wreck of HMS Anson at Loe Bar, 1835

A copy of an etching by W E Deey and Henry Trengrouse, published in 1835, of the wreck of HMS Anson at Loe Bar. The frigate HMS Anson was wrecked on Loe Bar on 29th December 1807. Although the vessel, captained by Captain Lydiard, was not far from the shore, around 100 men drowned as they tried to swim to safety. It was this tragedy and the loss of life so close to the shore that inspired Henry Trengrouse in his groundbreaking ship to shore life saving inventions and set the scene for modern coastal safety. The etching shows how the crew of the Anson might have been rescued if Trengrouse’s lifesaving equipment had been available. Rocket lines have been fired from the ship to the rescuers on shore and sailors wearing Trengrouse life jackets are using these lines to make their way ashore. Lines, travellers and pulleys have been secured and a bosuns chair put into operation for the sick and the injured.